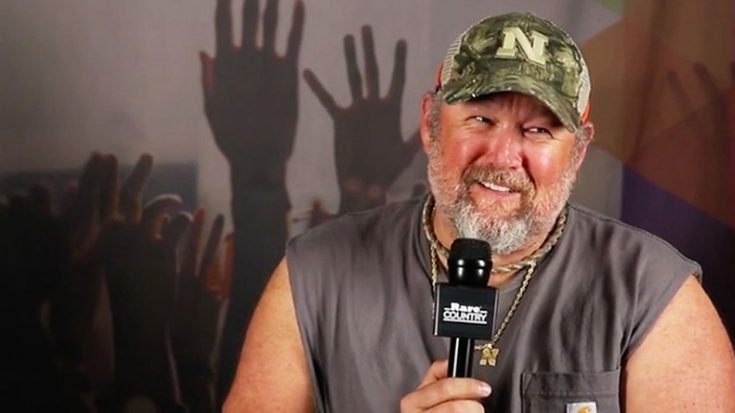 Comedian and actor Larry The Cable Guy sat down in an interview with Rare Country to talk some serious music preferences and what we can expect to find on his playlist! The “Cars” voice actor dove right into his personal take on today’s modernized country music, as he wasted no time labeling George Strait and Conway Twitty, amongst others, as his top picks in the music realm!

Larry explained that his father was involved in a bluegrass country band, saying, “Growing up, I heard anywhere from Merle and Conway and all that… I’m a George Strait guy! I’m a Conway guy! Diamond Rio. Shenandoah. [Randy] Travis!”

He added with a laugh, “My country music goes anywhere from about 1998 down!” The star also described his love for 70s and 80s rock, reminiscing on an old mix tape he possessed that was all over the music spectrum in terms of genre and emotions!

However, the comedian was quick to clarify that his love of classic country does not imply that he hates the modern collaborations. Simply put, he enjoys the music but admits that it “just sounds different” to him.

Larry caught viewers by surprise when he confessed his appreciation for Barry Manilow, who he admits have the best songs to induce a stream of tears after a difficult break up! “You can call me sissy all you want to! I like Barry Manilow,” he laughed.

Check out the interview below!