By Jennifer Pernicano on August 22, 2017
Advertisement 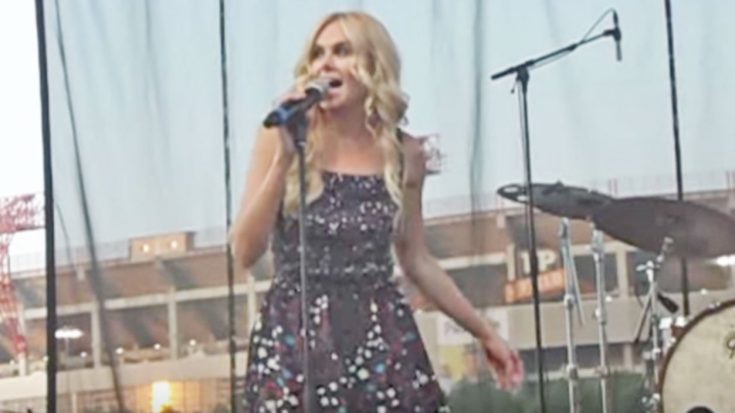 Known for her high energy performances and larger than life personality, Laura Bell Bundy did not disappoint at this riverfront performance in 2001.

Performing before a fan favorite football game at Nashville’s LP Field, the spunky and multi-talented Bundy payed tribute to the incredible female singers who came before her.

You may know Bundy as a Broadway star, starring in musicals such as Hairspray and Legally Blonde. She also released a couple country music albums, as well as guest starred on the TV shows How I Met Your Mother and Hart of Dixie.

She sang a medley of hits to an adoring crowd who cheered louder every time she changed songs. She kicked off the medley with an impressive cover of Dolly Parton’s “9 to 5” then seamlessly transitioned into Aretha Franklin’s “Respect”. She next channeled her inner Shania Twain when she sang “Any Man of Mine” and performed a Western-style jig during the musical break!

Watch her awesome performance below.