By Manly Bryant on February 16, 2017
Advertisement 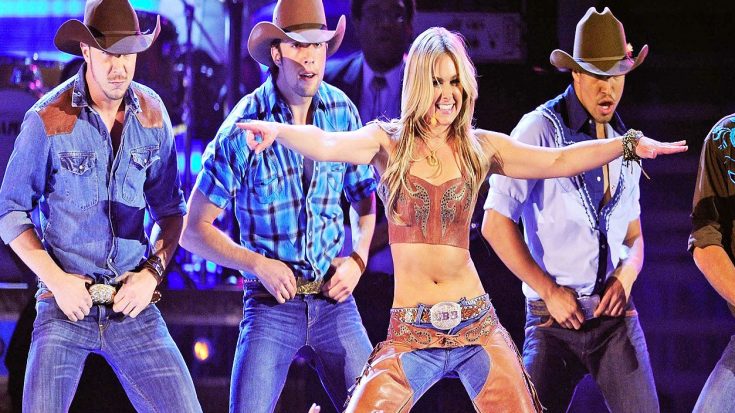 This country starlet will have you kicking the dust up with this smokin’ hot line dance! Following the success of her smash hit single, the multi-talented Laura Bell Bundy took the 2010 ACM Awards by storm with an epic performance of “Giddy On Up.”

“You may know her from her starring roles in the musicals Legally Blonde, Wicked, and Hairspray,” announced Reba McEntire. “With a song from her debut album Achin’ and Shakin,’ get ready to have your socks knocked off by Laura Bell Bundy!”

Making her entrance to the stage on a giant gold horseshoe, the triple-threat performer rocked her performance, singing live while showing off her killer dance moves that would leave anyone breathless with the within moments.

While she is most known for her work on Broadway starring in major roles such as Elle Woods in the musical version of Legally Blonde and Amber Von Tussle in Hairspray, the Kentucky-native released a series of hip-shaking country songs. “Giddy On Up” was her debut single onto country radio, peaking at No.31 on Billboard’s Hot Country Songs.