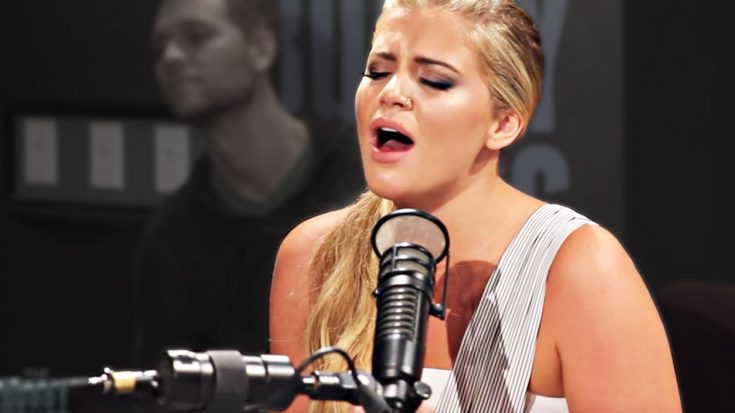 In the six short years since we watched her take the stage on American Idol, this talented Southern girl has definitely grown up – and her talent has matured alongside her in such an incredible way!

Taking to famous country radio talk show, The Bobby Bones Show, Lauren Alaina shared in the celebration of “Shania Day” that acknowledged the release of Shania Twain‘s latest album Now – her first in more than a decade!

To honor Twain’s legacy and incredible success as a fellow country musician, Alaina sat down with just a couple instruments for this chill-inducing acoustic cover of Twain’s unforgettable hit, “You’re Still The One.”

Moving through each verse with a seemingly effortless power to her voice and pitch-perfect notes, Alaina truly brings the song to life in her own way and will have you hooked from the very beginning.

Twain’s 1998 super-hit was one of the biggest songs of her career and earned two Grammy Awards, and was nominated for four! Released as a single from her album Come On Over, this song helped the album sell more than 40 million copies worldwide and it still remains the top-selling album in history by a female artist.

Watch Lauren Alaina deliver this knockout performance of Shania Twain’s epic hit in the video below and let us know what you think in the comments!