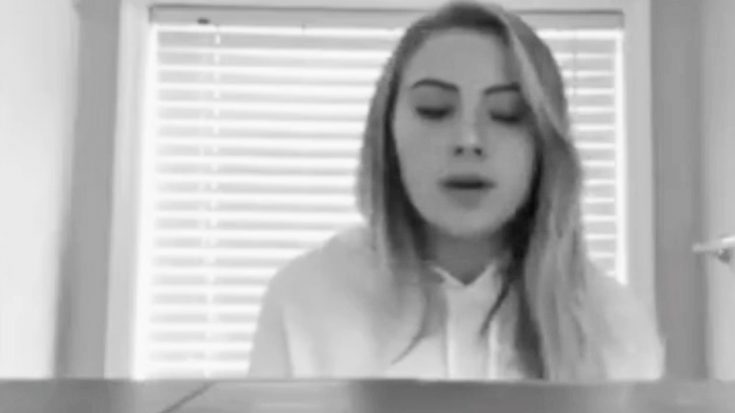 Over 40 years have passed since the world was rocked by news of the death of The King of Rock & Roll, Elvis Presley. While no one will ever truly replace him, but fans may just be able to find consolation in The King’s cousin Lauren.

17-year-old Lauren Marie Presley, whose father was a distant cousin to Elvis, exudes that same Presley talent and charm that the world saw in The King. The young singer aspires to follow in the footsteps of her famous relative and is currently chasing her big Nashville dreams until they are fully realized. She first blew us away with a cover of “A Little Bit Stronger.”

In a video shot completely in black and white, the talented young vocalist delivered a heavenly rendition of Hillsong’s “Oceans (Where Feet May Fail).”

“Oceans (Where Feet May Fail)” was released by Australian worship group Hillsong United as the second single off their 2013 album Zion. The song won the group multiple GMA Dove Awards the year following in 2014, including but not limited to “Song of the Year” and “Artist of the Year.”

You can watch Lauren Marie’s rendition of “Oceans” below.

We can be that light during this dark time. My heart is with the victims and their families of the Vegas shooting.

Comment anything you guys want me to cover pleaseeee give me ideas! I'm hoping to start posting weekly videos from the studio.
#prayforvegas