By Jennifer Pernicano on August 10, 2016
Advertisement 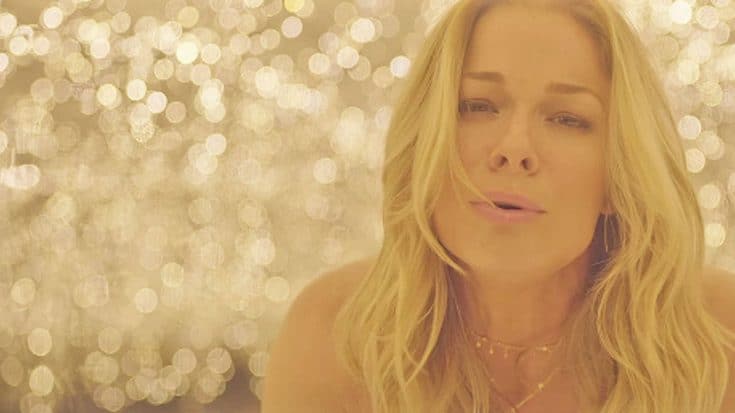 The past few years, we have only heard Christmas songs from LeAnn Rimes. She announced in 2014 that she would be releasing three Christmas EP’s and would release one per year for the next three years.

That is a treat in itself, but she’s also managed to find time to record non-Christmas music as well! On June 24, Rimes released a cover of the power-ballad “The Story”, originally made famous by Brandi Carlile.

The UK single will be included on her upcoming album Remnants, which is out October 28.

For the past few weeks, we’ve enjoyed listening to Rimes sing “The Story” and she has even performed it live a few times.

Her music video is passionate, moving, and emotional, which was a huge goal of hers. She posted the video on her Facebook and wrote the following caption.

“Clearly, this song moves me and I wanted to make sure I made a video that reflects that,” she writes. “Hope you feel my passion through the screen.”

In the video, she is in a room full of mirrors and as the song goes on and gets more intense, so does she. In the middle of the song, she begins crying, slamming her fists into the wall and throwing her head back.

Rimes captivates you with her passion and emotional delivery of the powerful song. Every person has a story, and this is part of hers.

Watch the passionate video below.