LeAnn Rimes Gets Personal In Tear-Jerking Performance Of ‘Mother’ 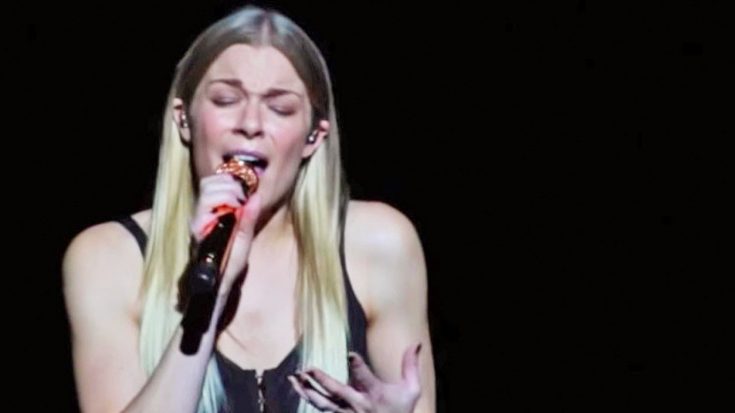 LeAnn Rimes put her heart on the line when she recorded her latest album, Remnants. Released in the UK in October 2016 and in the U.S. in February 2017, Remnants contains Rime’s rendition of the song “The Story,” made famous by Brandi Carlile.

Rimes co-wrote the majority of the songs on Remnants, with the exception of “The Story” and two others. As Rimes told Rolling Stone, it was a “healing” process to write for the record:

“That’s really what I hope people get out of it, is some sense of healing. “I’m not attacking anything; it’s from a settled point of view. And, yes, it is vulnerable. I’m scared to death.”

That sense of vulnerability shows through in one of the album’s most emotional tracks. Simply titled “Mother,” Rimes wrote the song as a Mother’s Day gift to her own mother.

Speaking to People, Rimes said that she was upset with her mother when she first started writing the song. But the writing process helped her reach a better understanding of her mother.

An emotional LeAnn Rimes explains how her new song healed the relationship with her mother https://t.co/vvBgJnq2Zs pic.twitter.com/x2OCuWs6vP

“It’s all about acceptance and healing this generational pain that’s passed down from mothers and grandmothers,” she explained.

Rimes’ mother was deeply touched by the song once she heard it for the first time. She texted Rimes to thank her, writing she had “been waiting to hear this for so long.”

Now, you can finally hear Rimes’ emotional ballad through a live performance video. While the album version features a soaring accompaniment, Rimes toned things down a bit for her live version.

A visibly emotional Rimes soared through the song, her angelic voice flying way up into the rafters. Completely connected to each word of the song, Rimes sang as if there was no one else in the room.

We’re sure that the entire audience was in tears once Rimes finished singing. You’ll likely have the same response when you watch her heart-tugging performance below.

There’s no denying Rimes’ talent after watching this.