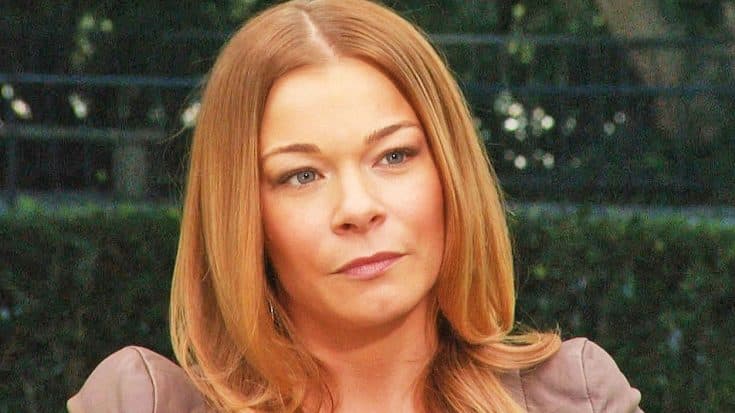 At only 13 years old, LeAnn Rimes shot to stardom when she released her version of country singer Bill Mack’s song “Blue”. The song was a Top 10 hit on the country music charts, instantly making Rimes a force to be reckoned with in country music.

Thanks to “Blue”, Rimes earned a Grammy Award for Best New Artist and Mack earned an award for Best Country Song. Despite her young age, Rimes continued to dominate country music with her powerful voice.

However, as Rimes revealed in a recent interview with The Sun, although she was doing well in her career at the time, it wasn’t easy being a child star.

“I lost my mind in private. I’ve gone through a lot, every transition and every feeling that goes along with being a child star,” she said. “I can see now why at 33 things happened the way they did and all of these lessons I’ve learned. But it was hell at times.“

While on the surface it seemed that Rimes was living the dream life, underneath it all she was silently suffering from anxiety and depression. Rimes’ hidden battle only became more difficult following her highly-publicized divorce and her new relationship with actor Eddie Cibrian. Even after Rimes and Cibrian married, she was constantly subject to “shaming” because they both had been married to other people when they started their relationship:

“We’ve been married for over five years and I have my two stepsons, but the shaming thing, that’s where I had severe anxiety and depression. It was a mistake but it also led me to my marriage. I didn’t know how to deal with that and it became this snowball effect.”

All of the negative attention made Rimes’ anxiety even worse, and in 2012 she checked into rehab for anxiety and stress. Rimes admitted that at one point she thought she’d have to quit music for good because her anxiety and depression was so severe. With the exception of two Christmas albums, Rimes held back from releasing new music for three years.

But now, Rimes says she is “happy“, and this year she’s planning to release her first album since 2013. The album’s first single, called “The Story”, is set for release on June 24, and we can’t wait to hear it!

We’re happy to hear that LeAnn is doing better now and that she didn’t quit music for good, because she has one of the most beautiful voices in all of country music.