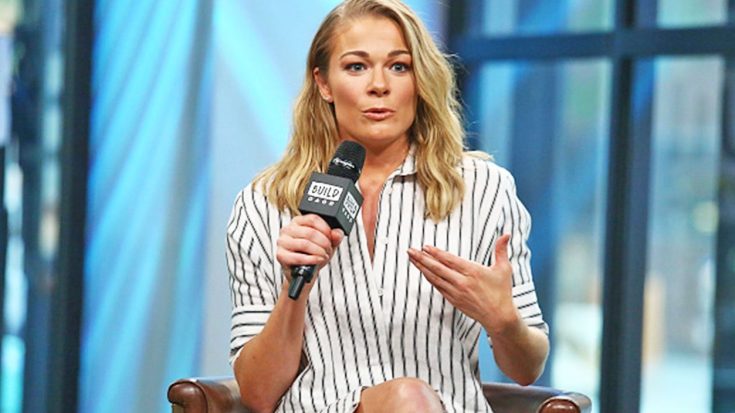 Achieving success at such a young age isn’t always sunshine and rainbows.

At only 14 years old, LeAnn Rimes became the youngest person in history to win a Grammy, winning in two categories for “Best New Artist” and “Best Female Country Vocal Performance.” Her record-breaking success quickly propelled Rimes into the spotlight, opening herself up to scrutiny by not only the media, but also her peers.

“I was bullied as a young kid because of what I did – teachers and principals were always proud of me, but girls can be really mean at times,” Rimes shared in a recent interview with The Press-Enterprise. “It’s something that has always stuck with me and it did affect me and that’s why I think it’s so important to teach our kids empathy.”

In hopes of preventing others from going through the same things that she dealt with in her childhood, Rimes has teamed up with anti-bullying organization, the Friend Movement, to spread awareness about bullying.

“It’s so easy for kids to sit behind the computer and say hurtful things on social media,” she continued. “We need to teach them to be the complete antithesis of that.”

The Friend Movement is a lifestyle brand that aims to prevent as well as heal the harmful effects bullying can leave on victims of the cruelty.

Rimes is currently on her 2017 world tour, her next stop at Galway Downs in Temecula, California Sept. 17.