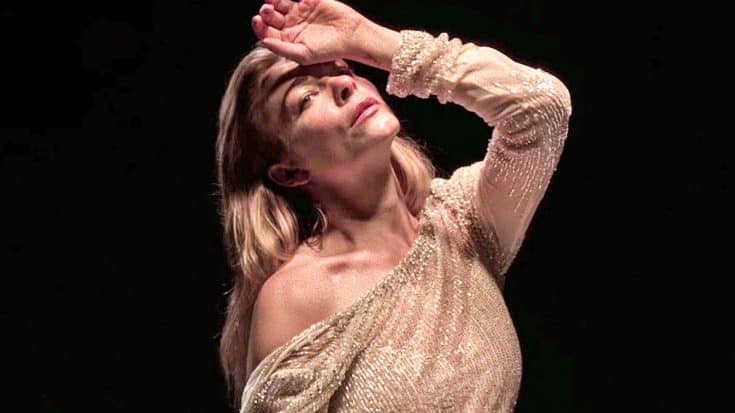 After being absent from the recording studio for some time, LeAnn Rimes dropped her first single in three years, called “The Story.” Released on June 24, the song was originally recorded by folk rock singer Brandi Carlile. Rimes fell in love with the song and decided to make it her own, choosing to release it as a new single in the UK.

Rimes’ version of “The Story” comes from her upcoming album, which does not have a title yet. Later this year, she plans on releasing a different song from the album to serve as its first single in the U.S.

But before that, Rimes is celebrating the release of “The Story” with a stunning new music video for the song. The video opens with a shot of Rimes posing in a sparkling gold dress, as the camera slowly moves around her. Rimes never actually opens her mouth to sing in the video, so the song serves as a sort of accompaniment to what unfolds on the screen.

Later shots show Rimes in a flowing dress, surrounded by images of dark red roses. The shots go from moving slow to fast, leaving you with little time to digest what appears on the screen. But if you don’t catch everything at first, you get a second chance, because the shots repeat themselves mid-song, starting back with Rimes posing in the gold dress.

The whole video is dazzling, and unlike anything we’ve seen from Rimes before. It’s a work of art in and of itself, and adding Rime’s breathtaking version of “The Story” on top is just the icing on the cake. See for yourself below.

What do you think of Rimes’ new music video?