By Jennifer Pernicano on August 17, 2017
Advertisement 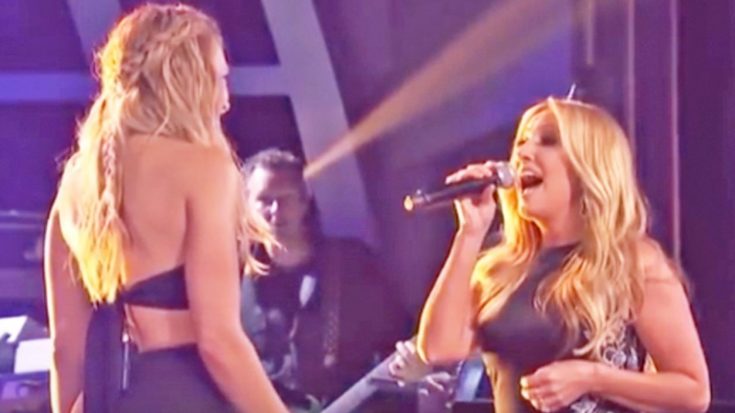 One of the most beloved songs in the early 2000s, in any genre, was Lee Ann Womack’s “I Hope You Dance”. She reached the top spot on the Hot Country Songs and Adult Contemporary charts as well as landing in the Top 15 on the Hot 100 and Adult Top 40 charts.

A more recent song that has a similar theme is Rachel Platten’s catchy tune “Stand By You”. You may remember her name from her smash hit “Fight Song”. They teamed up for ABC’s 2016 summer show Greatest Hits, hosted by country darling Kelsea Ballerini and comedian Arsenio Hall.

Together, Womack and Platten performed a medley of “I Hope You Dance” and “Stand By You” for the adoring audience. Womack started off her song and Platten took lead vocals on the second verse, sounding almost identical to the country singer.

They seamlessly transitioned into “Stand By You”, trading off phrases as if it were actually written as a duet. The final few lyrics of the medley were our favorite, as they each were able to spotlight their hit songs at the same time, sending chills up our spine.

Watch their twist to the fan-favorite country song below.