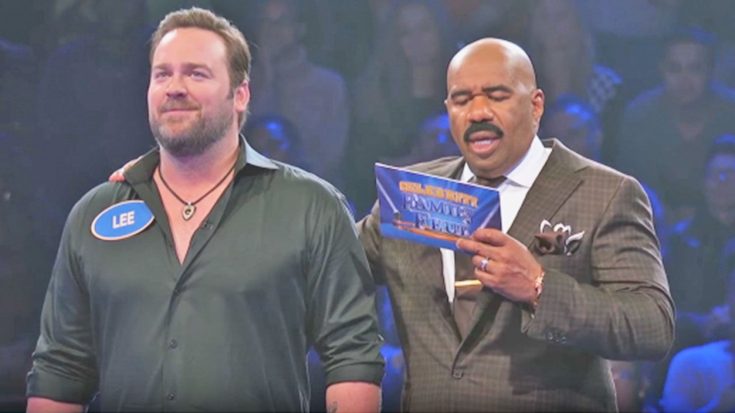 Celebrity Family Feud met Nashville when country singers Lee Brice and Jerrod Niemann went head-to-head in one of the latest episodes of the TV game show. The singers were joined by their families to compete on the Steve Harvey hosted show, hoping to win the grand prize of $25,000 for their respective charities.

Even though both competitors performed valiantly, only one family can reign champion. Brice and his family edged out the Niemann family, giving them the chance to win the grand prize for philanthropic organization Folds of Honor, which aims to award scholarships to the children of military veterans who are deceased or disabled.

In the final round of Celebrity Family Feud, Brice and his cousin Felicia played “Fast Money,” cutting it close in one of the most nail-biting segments to date. The country singer was up first, managing to get them a little over halfway there with a score of 104.

Next up was Felicia, the fate of their team coming down to her final answer. While she was far from the needed number by her final answer, Felicia’s last guess was good enough to put them well over 200, the family throwing an epic celebration following their win.

While they may have been fierce competitors on the game show, Brice and Niemann are longtime friends, a collaboration between the two to be featured on Neimann’s forthcoming album.

You can watch them play “Fast Money” below.