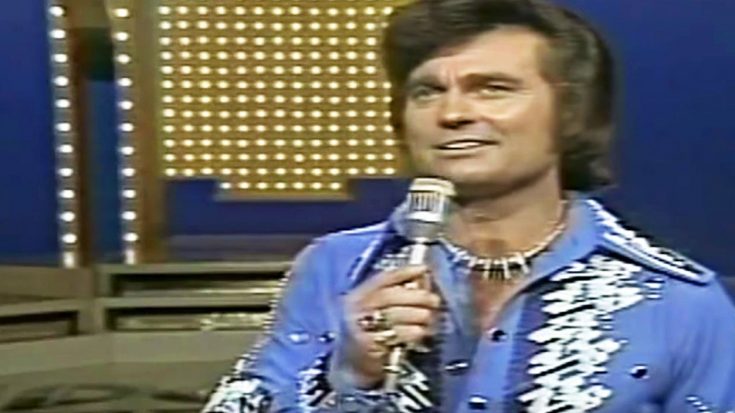 Taking the stage during this rare, televised performance of one of the fastest country songs to ever hit the charts, beloved country singer Leroy Van Dyke brought the entire crowd to their feet!

Throughout the course of his more than 50-year career in country music, Van Dyke recorded more than 500 songs, but there will never be another song that’s as recognizable as his signature hit, “The Auctioneer.”

Through this appearance on Pop! Goes The Country, Van Dyke dons a sparkly, baby blue suit adorned with jewels and feathered, flowy hair before dazzling the crowd with his live performance of “The Auctioneer.”

His first chart success and debut single, “The Auctioneer” stormed the charts, becoming a Top 10 hit and was shortly followed by his record-setting song, “Walk On By.”

“The Auctioneer” is easily distinguished from other country songs of the era for its deep integration of auctioneer chants that flow effortlessly in the melody thanks to Van Dyke’s incredible talent.

Check out this rare, televised performance in the video below and let us know what you think of Van Dyke’s quick pitter-patter and smooth transitions!