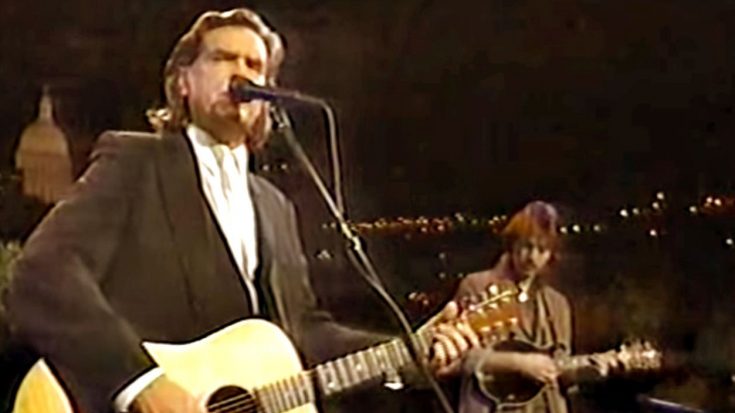 The man known for his ability to beautifully tell a story through a country song brought joy and delight to thousands of people using the gifts that God blessed him with and none is more memorable than his 1985 hit, “Desperadoes Waiting for a Train”.

Guy Clark is one of those country legends that can leave a song stuck in your head for days at a time, bit by bit etching its way into your deep memory and creating an everlasting connection between his music and your soul.

Named one of the ‘Top 100 Western Songs of All Time’ by the Western Writers of America, this unforgettable chart-topping hit has remained a staple of any country music collection for decades.

True to it’s timeless nature, Guy Clark’s “Desperadoes” hit has been covered by many artists over the years – and in one of the most notable performances, Jason Isbell sang it for Clark’s induction into the Austin City Limits Hall of Fame.

Watch the video below as Clark takes you on a journey throughout a very memorable time in his life.