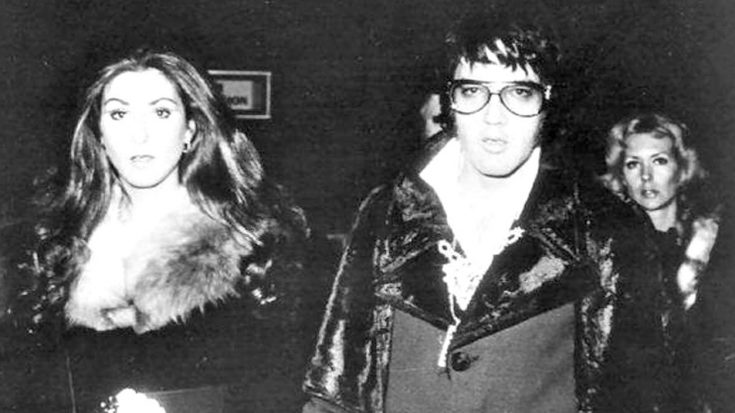 Laying in bed next to Elvis, she exposed her feelings to The King about the man that she saw as her future husband.

During a recent interview with The Talk, Elvis Presley‘s former girlfriend, Linda Thompson, confessed that she once told Elvis that she would one day marry Olympic gold medal winner, Bruce Jenner.

Elvis, 15 years her senior, was someone Thompson had always dreamed of being with ever since she was six years old. She even told her parents that one day she was going to be with him. To their shock and surprise, she fulfilled that promise.

During hero interview, Thompson goes on to explain that Elvis was a very jealous person throughout their relationship.

One night, while in bed with Elvis, Thompson made a statement to “tweak” his jealousy that would later turn out to be a prediction that came true.

“We were sitting in bed watching the ’76 Olympics watching this impossibly masculine man [Jenner] cross the finish line,” Thomson recalls. “And Elvis says ‘Man, you know I’m not gay, but that’s a good looking man, isn’t it?’. I said ‘Absolutely, and one day I’m going to marry that man!'”

Elvis replied with a bit more jealousy than Thompson had bargained for, saying, “Over my dead body. Good luck with that.”

To her own surprise, Thompson’s prediction came true just five years later in 1981 when she and Bruce Jenner (Now Caitlyn Jenner) wed in Hawaii.

Watch this stunning interview about her life with one of the most iconic musicians in the video below!