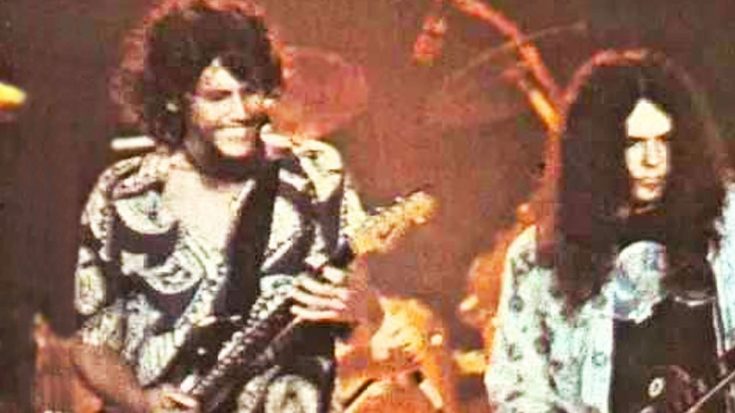 Fans don’t realize just how much work goes into a concert. Before every show, the band has to go out and make sure that everything’s in working order. If they don’t test out their gear before a show, all you-know-what could break loose once they step on stage for the real deal.

Skynyrd has always known the importance of a good soundcheck. They use that much-needed time before concerts to test out all of their instruments and do a brief run-through of a few tracks. This is the same formula they’ve followed for years, just like they did way back in 1977.

Luckily, someone managed to capture Skynyrd’s soundcheck prior to their show in Sheffield, England on February 5, 1977. It’s a rare treat to listen to such spontaneous stuff from Skynyrd, since we’re all used to hearing the finished product.

As you tune in to the clip below, one of the first things you’ll hear is keyboardist Billy Powell lighting his keys on fire as he gets warmed up. You’ll also hear all of the guys testing out their guitars, playing an assortment of patterns to make sure that everything’s show-ready.

You’ll finally start to hear something familiar about half of the way through the clip. That’s when the guys start playing “Ain’t No Good Life,” which was included on their album Street Survivors.

True Skynyrd fans know just how special this song is, since it’s one of few in the pre-crash lineup that Ronnie Van Zant didn’t sing lead on. It is actually performed by guitarist Steve Gaines, who also wrote the song.

You get to hear Steve sing “Ain’t No Good Life” in this soundcheck clip, which makes the whole thing even better. Go ahead and check it out below!

We just love this kind of stuff, don’t y’all?