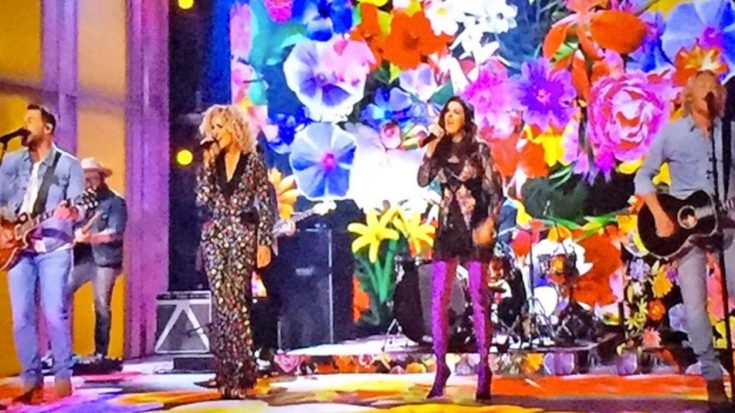 In no doubt one of the most colorful performance of the night, Little Big Town ignited the stage of the 2017 ACM Awards with their latest hit single “Happy People.”

The country quartet performed their feel-good song amidst a sea of brightly colored flowers, the fluorescent display changing colors throughout their captivating performance. The song is a string of upbeat melodies matched by the tantalizing harmonies of the skilled vocalists.

“Happy People” was written by critically acclaimed songwriters Lori McKenna and Hailey Whitters. Their masterpiece is an uplifting ballad conveying the people of the nation should just be “happy while we’re here” despite all the bad in the world.

“Every record has a life of its own, a personality of its own. And this one really has its own personality, too,” said LBT member Philip Sweet according to The Boot. “I think we went in this time with even more confidence and an idea to push ourselves even further. I feel like the music has a feeling of, it feels good. There’s a lot of feel-good stuff on this record.”

You can watch their performance of “Happy People” below!

Little Big Town brought the Happy and Spring to the #ACMs with “Happy People” #WWOBackstage pic.twitter.com/XyhSLRlt2T