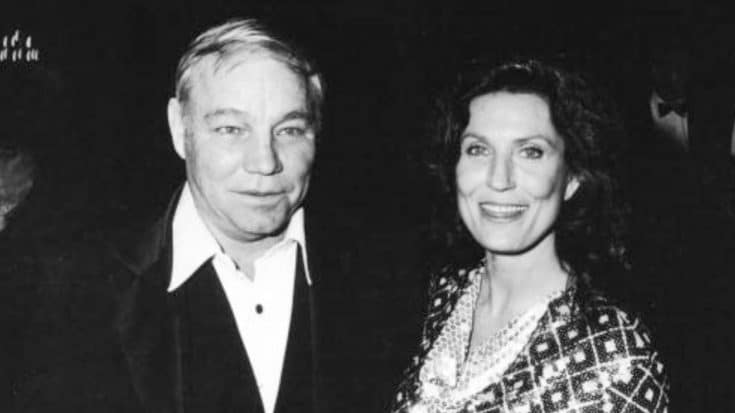 At the age of 15, Loretta Lynn married Oliver “Doo” Lynn after knowing him for just one month. They were married on January 10, 1948 and would eventually have six children together: two sons and four daughters.

Doo was the main person who encouraged Loretta to pursue her music career. Long before she ever broke out into the main country music scene, she performed in locals clubs thanks to the help and support of Doo.

In what has now become one of the greatest “legends” of country music, Doo was with Loretta when she came to Nashville to make her debut at the Grand Ole Opry. Since the Lynns were poor, they didn’t have enough money to stay in a hotel, so they parked their car across from the Opry and slept there for the night. In the morning, Doo went out and bought the two of them some doughnuts with what little money they had.

Partially thanks to Doo’s support, Loretta became a major country superstar, and is now the most-awarded female country artist.

Loretta and Doo’s relationship was rocky at times, but the couple always managed to work through their problems, and they remained together until Doo’s death in 1996.

In her autobiography Still Woman Enough: A Memoir, Loretta wrote about her and Doo’s relationship and the love she had for him:

“I married Doo when I wasn’t but a child, and he was my life from that day on. But as important as my youth and upbringing was, there’s something else that made me stick to Doo. He thought I was something special, more special than anyone else in the world, and never let me forget it. That belief would be hard to shove out the door. Doo was my security, my safety net.”

It makes sense that one of the ways Loretta showed her love for Doo was through song. One time, Loretta sang her chart-topping song “Love Is The Foundation,” to Doo while they were on a television show together. Doo was so moved by Loretta’s performance that he fought back tears while she sang.

Loretta also showed her love for Doo through another romantic song, “I’m All He’s Got (But He’s Got All Of Me.” The narrator of the song says she knows her man may not be rich, but he has plenty of love to give, and that she will “be contented in his loving arms eternally.”

It seems pretty clear that Loretta had Doo in mind whenever she sang this song, since the two fought against all odds and remained together for almost 50 years before Doo passed away. You can listen to the song below, which is paired with some photos of Doo and Loretta throughout the years.

Loretta’s love for Doo was unconditional, and we’re sure she misses him terribly!