By Jennifer Pernicano on July 28, 2017
Advertisement 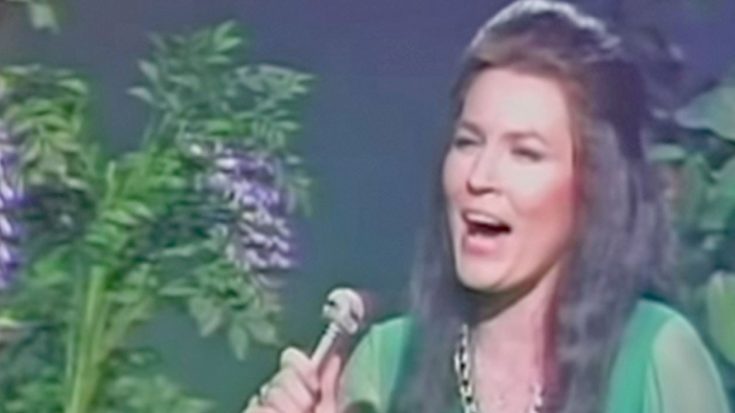 Their friendship was one of the most beloved country music has ever seen. Every time Loretta Lynn and Conway Twitty performed together, magic was produced.

While they often sang together, it was pretty rare for either to sing one of the other’s hits solo. Lynn did so, much to everyone’s surprise, during a television appearance in the 1970s.

Sitting on a bench surrounded by beautiful plants, Lynn delivered a wonderful rendition of Twitty’s most loved song “Hello Darlin'”.

We are used to hearing Twitty’s signature growl-type of singing on this song, but instead, we are gifted with Lynn’s angelic vocals that will put a wide smile on your face the entire time.

Twitty first released “Hello Darlin'” in 1970 off his album of the same name. It quickly became his fourth No. 1 song on the Billboard charts and spent several weeks at the top of the Hot Country Singles chart.

The duo often sang “Hello Darlin'” together, but here’s a special performance of Lynn singing it alone, and she blew us away!  Watch her wonderful rendition below.