By Jennifer Pernicano on November 28, 2016
Advertisement 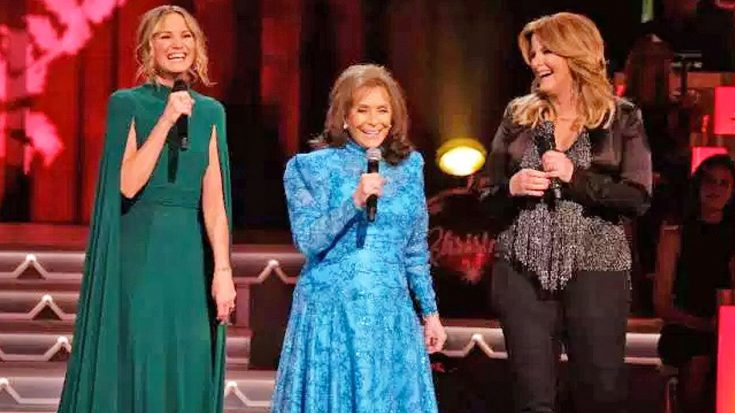 For the last seven years, the Country Music Association has enlisted in the help of Jennifer Nettles to host their annual Christmas program, CMA Country Christmas.

It seems each year, the show gets bigger and better and we’re not sure how this year’s show could possibly be topped!

In addition to some of the biggest names in country music all in attendance this year, the Queen of Country Music also performed and completely blew our socks off.

Performing her 1966 hit song “Country Christmas”, Loretta Lynn was joined by Nettles and fellow country star Trisha Yearwood for a fantastic version of her now-classic tune.

Their three part harmony was literal music to our ears and we didn’t want the performance to end.

Lynn wrote the song when she was thinking about what it was like spending Christmas in her home town of Butcher Holler. It was included on her album of the same name and included Christmas classics such as “Silver Bells”, “White Christmas”, and “Away In a Manger”.