By Miranda Raye on October 30, 2015
Advertisement 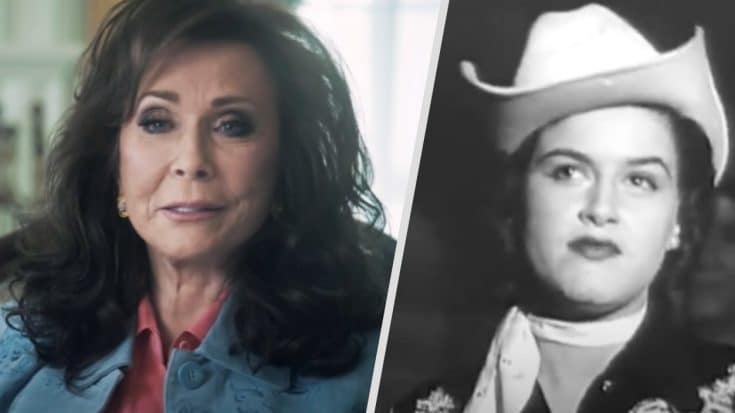 Loretta & Patsy, Friends To The End

Loretta Lynn and Patsy Cline shared a close relationship when Lynn first got her start in country music. Loretta says that Patsy was her role model, and that she often stepped in to help her, even loaning her a pair of panties once.

So when Patsy lost her life in a plane crash in 1963, Loretta was devastated by the news.

Loretta says that she went over to Patsy’s house right after her death so that she could check in on her husband, Charlie.

While Loretta’s husband Doo talked to Charlie, she sat down on the stairs in Patsy’s recreation room, and she found herself inspired to write a song.

After 20 minutes, Loretta had finished writing the song, and she recorded it two nights later.

What That Song Came To Be

The song, called “This Haunted House,” was never released as a single, but was included on Loretta’s 1964 album, Before I’m Over You.

The song’s lyrics are absolutely heartbreaking, as the narrator mourns over the loss of someone they deeply cared about.

When Loretta finished writing the song at Patsy’s house, she came out with her guitar and decided to play it for Charlie.

“I was going to ask him what he thought of it, but he had tears rolling down his face. He said, ‘It’s beautiful.’ I said ‘I wrote this for you,’” Loretta said.

Listen to a recording of Loretta’s “This Haunted House” in the video below.

We’re sure Patsy would be so proud of Loretta and everything she has accomplished since she’s been gone.