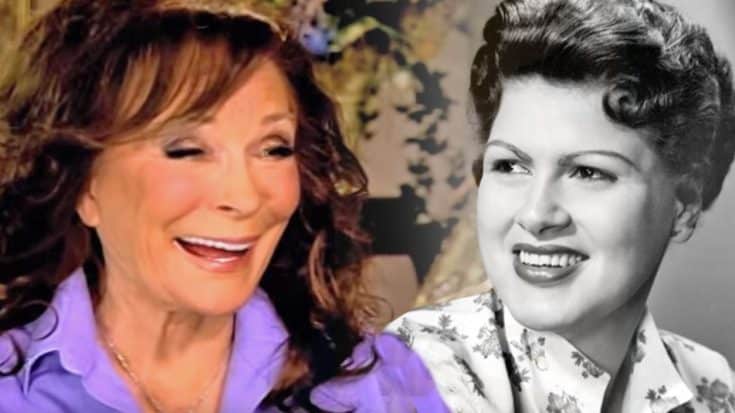 Before Loretta Lynn was a country legend, her good friend Patsy Cline gave her a few tips, shaved her legs and gave her a very surprising present.

When Loretta was 13, she met and married her husband, Doo Lynn. By the time she was 18, she was a mother of four with huge dreams of singing country music.

Doo arranged for her to record a song titled “Honky Tonk Girls,” which was an immediate hit. She and Doo traveled to promote it, and she met Patsy along the way. Doo had old-fashioned requirements for Loretta.

He did not let her wear make-up or shave her legs. “Patsy Cline shaved my legs for me,” she says.

“I had a pair of panties that she gave me, I wore them longer than [three years], they never did tear up, I don’t know what happened to them. Them panties were the best panties I ever seen.”

Wonder how much those would go at an auction!

Watch the candid interview below!