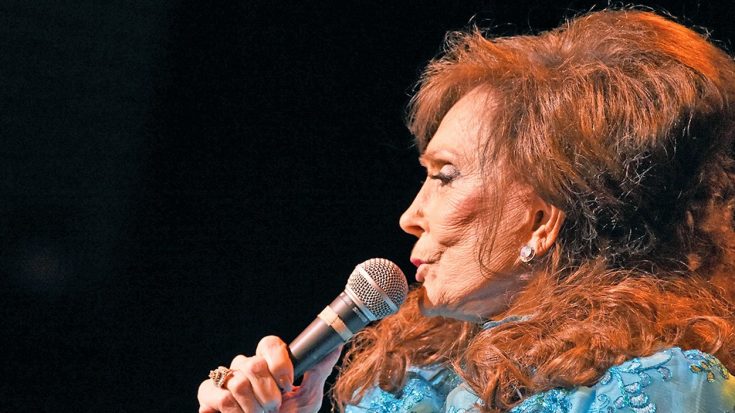 The preview party was held on Wednesday night (August 23), but Lynn herself could not be in attendance because she is still recovering from the stroke she suffered from in May. Instead, members of her family were there to represent her.

One of Lynn’s daughters, who performs with her twin sister as The Lynns, spoke on her legendary mother’s behalf to the crowd. Named after her mother’s dear friend Patsy Cline, Patsy Lynn Russell assured to everyone in attendance that she is working hard on her physical and occupational therapy and desperately wished she could be there.

“I said, ‘Is there anything that you want me to… say…?’” Patsy told the crowd. “And she reached down, and she gave me both her wedding bands. And she says, ‘Patsy, wear those tonight, then I’ll be with you.“

Lynn was forced to cancel the remainder of her tour dates following her stroke and also pushed back the August release of her latest album Wouldn’t It Be Great.

She also sent her daughter with an emotional message to her adoring fans.

“And tell everybody I love ’em and I will be back to see everybody!” she added, according to KWBE News.

Country fans and artists alike have been sending their well wishes to Lynn since her stroke was announced back in May. She is slated to make her very first appearance and performance on October 1 at her inaugural Tennessee Motorcycle and Music Revival event, which will be held at her ranch in Hurricane Mills, Tennessee.

Watch a preview of her exhibit below.