Loretta Lynn & Siblings Sing ‘The Great Titanic,’ A Song Their Mother Taught Them 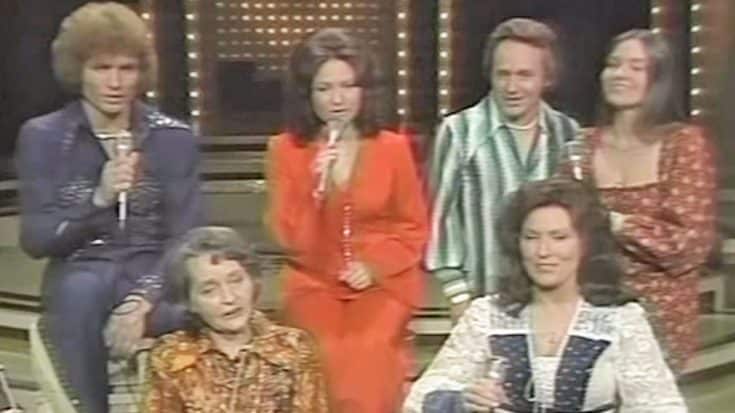 A Family Of Singers

When the Webb children were young, their mother, Clara Webb Butcher, taught them all a song she learned in grammar school, called “The Great Titanic.”

In 1976, on the television series, Pop! Goes the Country with host Ralph Emery, Loretta Lynn, her mother, and her siblings guest starred and performed that same song.

Y’all likely knew that Loretta’s sister, Crystal Gayle, is also a country singer. But you probably had no clue that the rest of her siblings, and her mama, were/are all singers as well.

When Ralph Emery introduced the family, he spoke to Loretta’s mother, Clara, about her singing career. She said she used to sing (and dance.) and even Loretta admitted that her mother was a better singer than she was herself.

Ralph then went on to introduce the performance, telling the audience that the family was going to sing a song their mother taught them when they were growing up. He spoke to Clara:

“There’s a little song that I understand that you taught each child as he or she would come along, about an old boat, a old ship that went down in 1912, the great Titanic.“

It is pretty clear that the Webb family was one talented group of people.

Check out the video below to see Loretta, her siblings and mother, singing “The Great Titanic” and y’all will be glad you did!