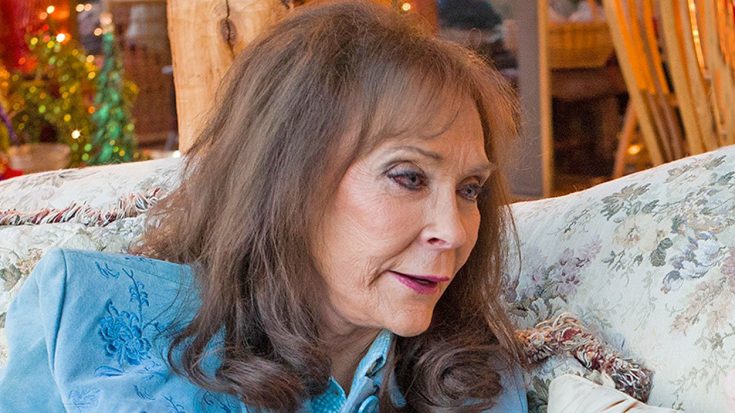 Not too long ago, Loretta Lynn released her 47th studio album, appropriately titled Full Circle. It quickly became her 40th top ten album on the Billboard Country Albums charts and debuted at No. 19 on the all-genre Billboard 200 chart, a career high!

Despite not putting an album out in over ten years, Lynn showed the world that she’s not ready to slow down. In October 2016, she released her second album of the year, a Christmas album titled White Christmas Blue.

To celebrate the success of both albums, Lynn sat down with PEOPLE to talk about the holidays with her family, and a recent legendary duet.

On the album Full Circle, she and Willie Nelson recorded “Lay Me Down” together and she may have learned a thing or two from him because less than six months ago, at the age of 84, she decided to try pot for the first time ever!

“I got glaucoma and they gave me one of these cigarettes,” she told the magazine. “I took one smoke off of it and it hit me right here in the chest. I like to have died! Glaucoma is just going to have to take over.”

Well, doesn’t look like Willie is going to have a new smoking buddy anytime soon, but it’s just crazy to think of the Queen of Country trying weed for the first (and last) time at 84 years old! Lynn isn’t going to let Glaucoma slow her down, either.

Listen to her duet with Nelson below.