Before Loretta Lynn Joined Conway Twitty As A Duo, She Dazzled On Stage In Rare Footage 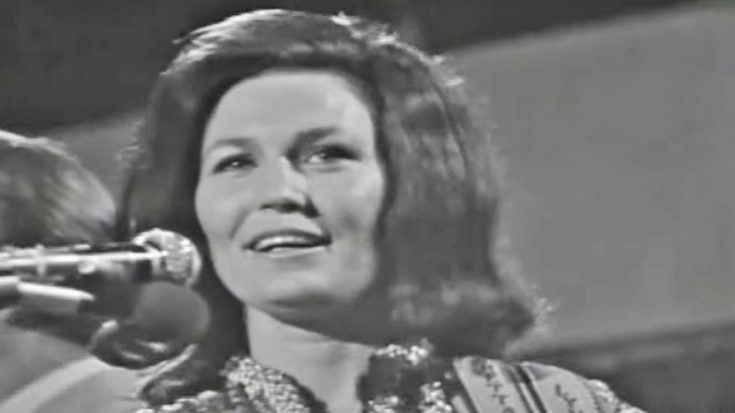 The wonderful Loretta Lynn has many nicknames. She is known as The Coal Miner’s Daughter, The Blue Kentucky Girl, The Hillbilly Feminist, The Honky Tonk Girl, and most importantly, The First Lady of Country and The Queen of Country Music.

There are many reasons why she is considered The First Lady and The Queen of Country Music, and that’s because she is considered one of the first female pioneers of country music. If there’s a video out there that proves why Lynn deserves all these titles, it’s this one.

Singing her hit song “You Ain’t Woman Enough (To Take My Man)” for her adoring audience, Lynn exuded talent and looked as though she was having the time of her life up there. Performing every sassy lyric with a big smile on her face, Lynn proved why she is as legendary as she is.

According to the YouTuber who uploaded the video, the footage comes from a concert Lynn and Conway Twitty performed in Norway before they were considered a duo. Lynn explained in her PBS special that “You Ain’t Woman Enough (To Take My Man)” was based on a woman she met backstage at one of her concerts. The woman told Lynn about how another woman had tried to steal her husband, to which Lynn replied, “Honey, she ain’t woman enough to take your man!” Lynn went straight to her dressing room and wrote the song in ten minutes.

She released it in May 1966 as a single off her seventh studio album You Ain’t Woman Enough. The single went to number two on the Billboard Hot Country Singles charts and became her eighth Top Ten single on the charts and her biggest hit at that point in her career. It has since become one of her signature songs.

After you press play on the video below, we guarantee that you will be singing along to every word! Watch her amazing performance below.