By Jennifer Pernicano on August 7, 2017
Advertisement 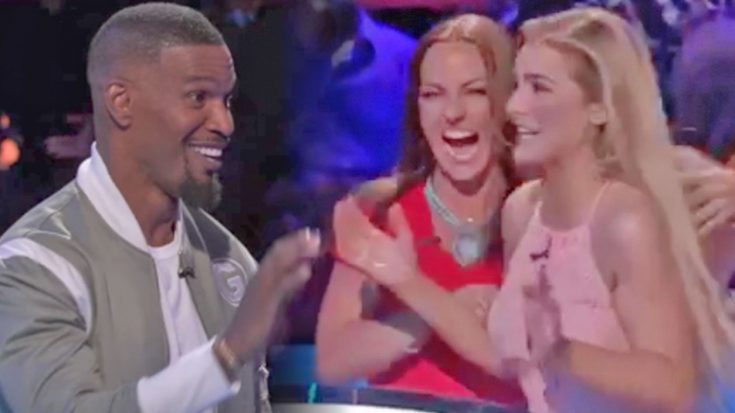 There is no doubt about it – these girls are definitely related to Loretta Lynn! While competing on the new game show Beat Shazam hosted by actor/singer Jamie Foxx, Lynn’s granddaughters Tayla and Emmy proved that they inherited their grandma’s sassy personality.

Beat Shazam is a new game show where you and a partner play against two other teams to see who can guess the song being played the fastest. Once a team wins enough to advance to the next round, they play against Shazam, a music identifying app. A song is played and if the team can guess what the song is before Shazam does, they win a huge prize!

So far on this inaugural season of Beat Shazam, we have seen personalities that are larger than life, but not quite as large as Tayla and Emmy’s! They weren’t afraid to razz Foxx a little bit and show off their Southern spunk!

During one round, all three teams guessed the correct song, so the winner was awarded with the $1000 based on how fast they hit their button. It took the girls just 1.1 seconds to figure out that “Funkytown” was playing, and their reaction was amazing!

Watch them show off their vibrant personalities in the clips from the show below.