Loretta Lynn’s Grandson Sings “The Joker” For Her & Audience 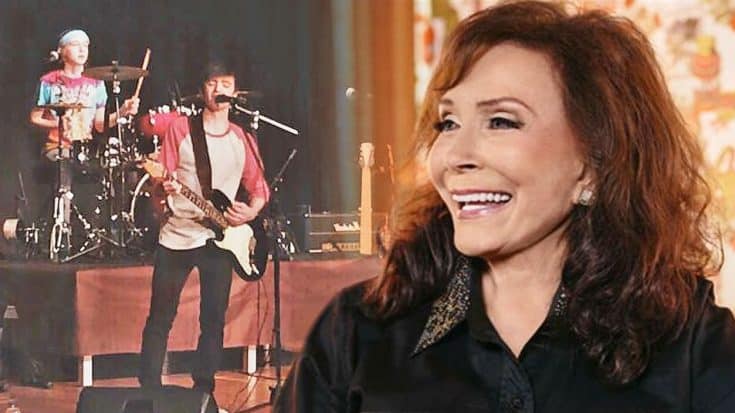 Fans of Loretta Lynn know that where she is, the family is close by.

She often brings her talented grandchildren on stage to sing, including Emmy Rose, who performed The Band Perry’s “If I Die Young” at a 2014 show.

Another one of Loretta’s grandchildren proved that Emmy Rose wasn’t the only one to inherit the musical gene. David Russell joined his legendary grandma on stage in Aurora, Illinois and completely blew the crowd away.

He performed his own take on Steve Miller Band’s “The Joker” in front of his beloved grandma and a whole host of audience members.

As soon as David begins playing, the entire audience is left without words. He begins the performance with an acoustic version of the glam metal band’s power ballad, which was released many years before he was even born!

Loretta was seated next to David, beaming with pride! Watch the video below.