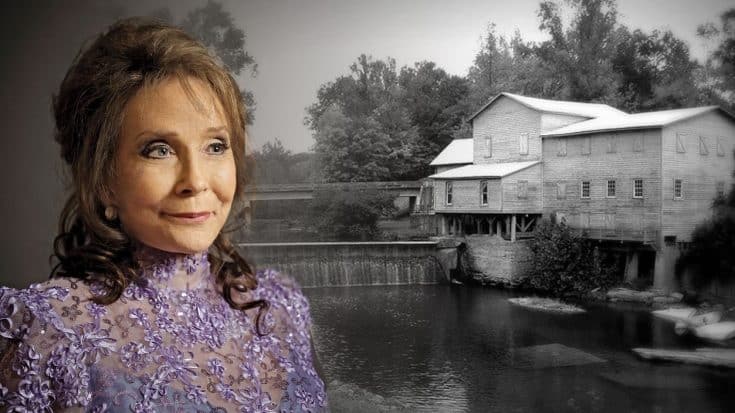 Known as the Queen of Country Music, Loretta Lynn is famous for her amazing country ballads and catchy story-telling tracks. One thing that isn’t well-known, is that she’s also famous for her haunted Tennessee ranch and plantation home.

American music icon, Loretta Lynn is recovering from a fractured hip after a fall while at home. She is doing well and thanks all her fans for their thoughts and prayers.

Located on an absolutely massive plot of land in Hurricane Mills, TN, Loretta’s ranch has more history than acres.

The steps in front of my home @lorettalynnranchofficial. Fans from all over come and get their picture here. We left the "Big House" just like it was when I lived there and y'all can take the tour when you visit! — #lorettalynn #country #countrymusic #nashville #musiccity #lorettalynnsranch #tnvacation #soundtrackofamerica #madeintn

Loretta and her family experienced many supernatural occurrences during the time that they lived in the home. What’s even more interesting than their encounter is the story behind them.

More than 100 years ago, Buela M. Anderson (whose husband owned the ranch) quite literally cried herself to death following the loss of her baby. Loretta began to hear footsteps on the porch where Buela died immediately after moving in, and then Buela began to appear in front of her and make moaning sounds throughout the house.

Loretta’s son, Jack Lynn, passed away in 1984 but before he left us, he had his own strange experience. During the Civil War, a deadly battle had been fought right there on the property and nearly twenty Confederate soldiers were buried somewhere on the grounds. One night, her son was sleeping in the “Brown Room” of the home and awoke to find a Confederate soldier standing at the foot of his bed trying to take off his boots!

Another bizarre piece of the farm’s history is the dungeon-type cellar called a “slave pit”. A damp, dark, and cramped cellar that has bars covering it used to hold slaves who were disobedient as a form of punishment. Loretta and her family have often heard the sounds of rattling chains with no other explanation. One evening, while watching tv with a friend, the sounds became so unbearable that they were forced to investigate where they were coming from….which turned out to be the “slave pit”.

These and other stories get investigated by Ghost Adventures in a full-scale supernatural investigation.

Watch the video of Loretta talking about her son, Jack’s, encounter below! (See the full episode here)