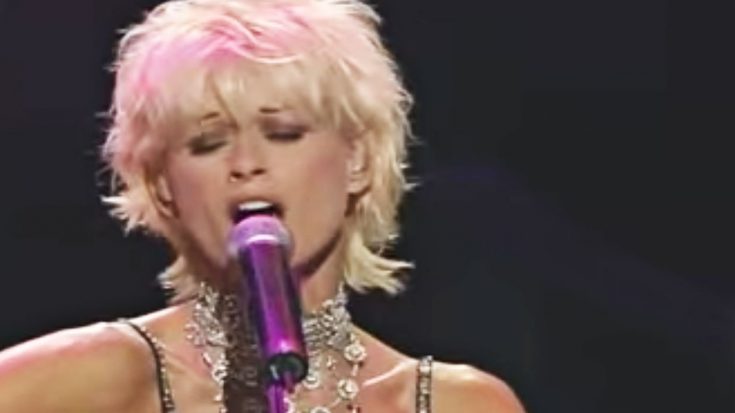 After first making her debut on the Opry stage at the young age of 13, this country songstress has become one of the most recognized and beloved female performers in the genre.

Taking on a treasured hit about a single mother that tackles her local P.T.A. after their hypocrisy and criticism of her life, Lorrie Morgan sounds completely flawless throughout this entire performance.

Originally released by Jeannie C. Riley in 1968, “Harper Valley PTA” has become a country music standard and classic hit in the passing decades. Covered by many famous artists like Lynn Anderson, Dottie West, Dolly Parton, Loretta Lynn, and more – this song is one that many folks have grown up listening to.

Sitting center stage and surrounded by a bevy of talented musicians and backup vocalists, Morgan sweetly strums her guitar while enchanting the audience with every single note – and her raspy, raw voice rings out across the venue in a way nobody else’s could.

By the end of the performance and the final strike of the drums, the audience was completely enamored with this incredible rendition and burst into a roaring round of applause!

Watch Lorrie Morgan deliver this pitch-perfect performance of “Harper Valley PTA” in the video below!