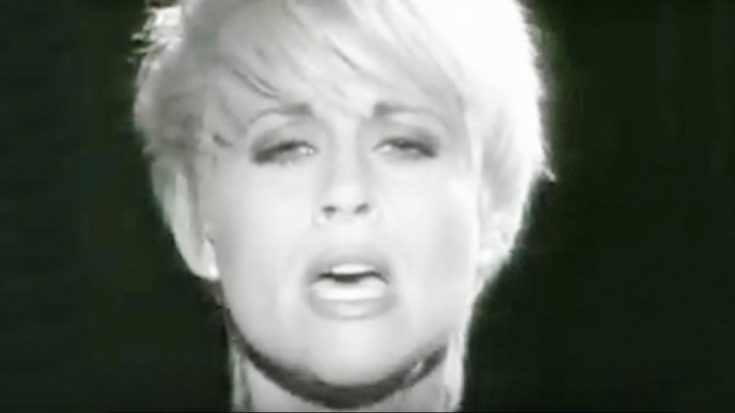 While “A Picture of Me (Without You)” may have been originally recorded by the legendary George Jones in 1972, Lorrie Morgan completely made it her own when she released the song decades later.

Following the success of her revival of the country classic, Morgan released a music video showcasing the heartbreaking message of the song. Shot completely in black and white, the video features Morgan singing alone in a house, therein illustrating a feeling of loneliness to match the solemn lyrics.

“Can you picture heaven with no angels singin’/ Or a bright Sunday mornin’ with no church bells ringin’,” sings Morgan. “If you’ve watched as the heart of a child breaks in two/ Then you’ve seen a picture of me without you.”

“A Picture of Me (Without You)” was written by songwriters Norro Wilson and George Richey specifically with The Possum in mind. Jones took the song to No.5 in 1972 on the country chart, with Morgan later taking the song to No.9 years later in 1991.

You can watch Morgan’s video for “A Picture Of Me (Without You)” below.