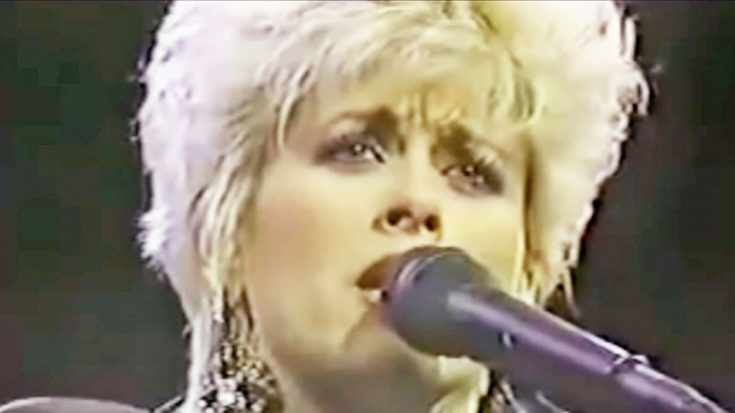 While this may have been one of the hardest performances Lorrie Morgan has ever given, fans say it was also “the best she has ever sounded.”

Performing one of her late husband Keith Whitley’s most iconic songs, Morgan put everything she had into singing the heartbreaking lyrics, which were written by Bob McDill.

Whitley released “Don’t Close Your Eyes” as the third single off his 1988 album of the same name. It shot straight to number one on the country charts and became Billboard‘s number one country single of the year.

Sadly, after only releasing two albums to his name, Whitley passed away on May 9, 1989. There have been four posthumous album releases since his passing, one release just three months after he died.

The video of her live performance of “Don’t Close Your Eyes” cut to a sweet montage of photos and videos of Morgan and Whitley together through the years. It closes with footage of the married couple slow dancing.

Morgan and Whitley were married in 1986 and have one child together, Jesse Keith Whitley, who is also a musician.

Watch Morgan’s moving rendition of “Don’t Close Your Eyes” below.