By Jennifer Pernicano on July 3, 2017
Advertisement 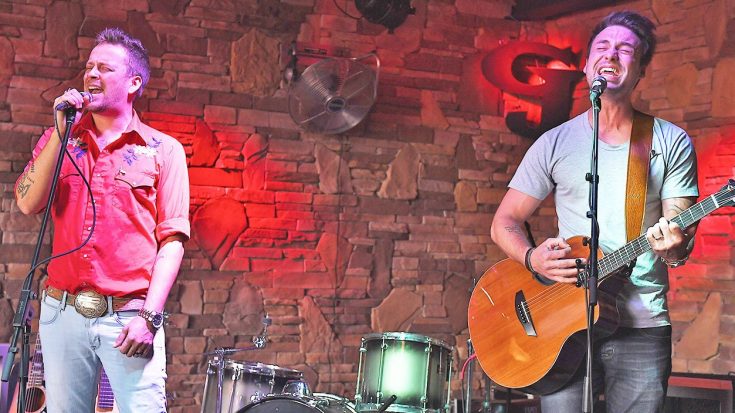 If there’s one thing we love about Love and Theft, it’s that their harmonies are so silky smooth, we aren’t sure which person is singing which part!

In August 2012, the country duo consisting of Stephen Barker Liles and Eric Gunderson performed the National Anthem before the Tennessee Titans football game.

Standing at the 50-yard line, the “Angel Eyes” hit makers harmonized with ease and gave us chills at the same time. so me artists like to make “The Star Spangled Banner” their own, Gunderson and Liles chose to stay very true to its original form.

While we aren’t sure what the outcome was of the football game, there is one thing we’re sure of – that Love and Theft pumped up the crowd with their performance!

Watch their chill-inducing rendition below.