By Manly Bryant on February 22, 2017
Advertisement 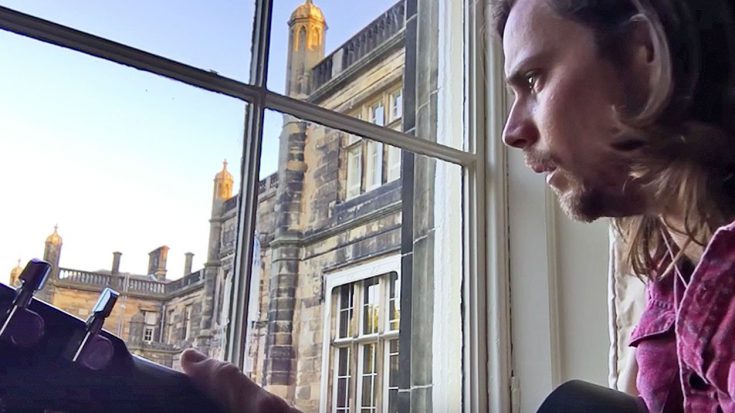 Lukas Nelson, son of country music outlaw and legend Willie Nelson, as been taking fans by storm with his vibrant vocal talent that bares a striking resemblance to his father’s. While on tour with Neil Young, the 28-year-old chose to start a personal project in which he would record a song in each location the men travelled to. Nelson began using the hashtag “a far away song” in order to identify and label his project pieces.

While in Glasgow, Scotland, Nelson recorded an acoustic performance to the inspiring hymn “Amazing Grace” that brought viewers to tears in light of his musical gift and raw emotion. Sitting near a large window backdropped by nostalgic architecture, the exceptionally talented singer gave a performance similar to one his father would have produced.

The unique pacing and chilling vocals embodying Nelson’s performance projected an incredible amount of tranquility and peace, leaving fans of both the father and son craving more from this royal star on the rise.

You can experience this breathtaking performance below!