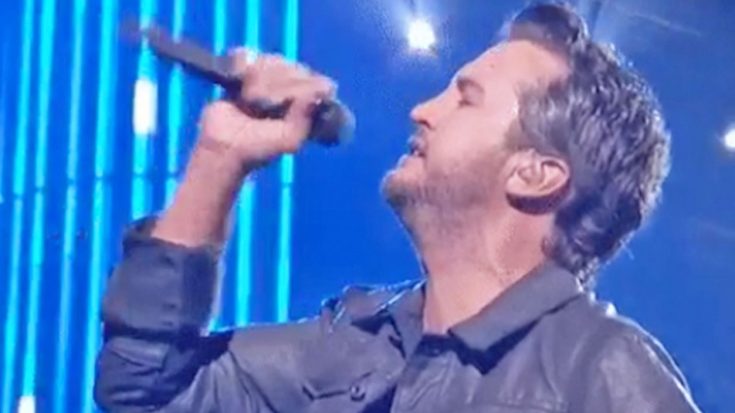 It wouldn’t be an awards show without an incredible performance from Luke Bryan! The country superstar did not disappoint at the 51st Annual CMA Awards when he performed his latest single “Light It Up.”

He released the single on August 23, 2017, and it is burning up the charts, currently sitting pretty in the top ten on the Billboard Hot Country Songs and Country Airplay charts. “Light It Up” is the first single from Bryan’s upcoming album What Makes You Country, which is out December 8!

Bryan put on quite a show for the packed CMA Awards audience, who were bobbing and swaying to what is on track to be his next number one hit!

At the end of the performance, he hit a long and powerful final note, then motioned as if he were completely out of breath afterward, giving the performance all he had. There’s no wonder why he was in the running for Entertainer of the Year; he sure knows how to light up the stage!

Watch him perform “Light It Up” below.

.@LukeBryanOnline is lighting up the #CMAawards Could he be this year’s Entertainer of the Year? pic.twitter.com/kYQB0FdieY