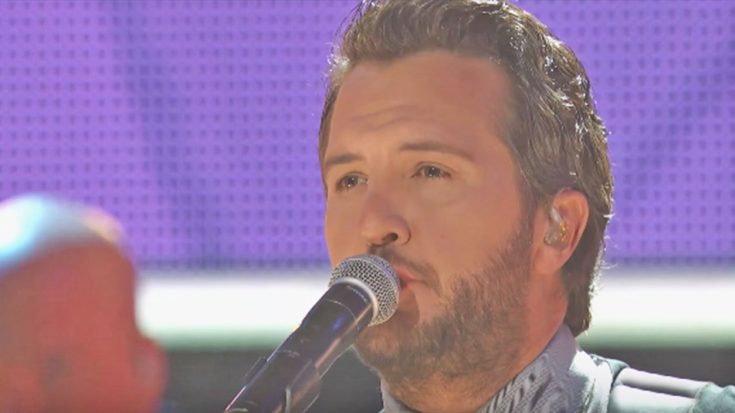 CMT’s Artists of the Year event is usually a night filled with awards, speeches, and musical tributes. With everything that has happened in recent weeks, they decided to dedicate the night to the victims of the Las Vegas shooting and everyone affected by the hurricanes and wildfires our world has seen.

The 90-minute show instead was filled with inspirational anthems and poignant tributes. Andra Day teamed up with Little Big Town to perform her inspirational anthem “Rise Up” followed by “Stand Up For Something” with the help of Danielle Bradbery and Lee Ann Womack.

Some of the 2017 Artist of the Year honorees including Keith Urban, Chris Stapleton, and Luke Bryan, chose to perform in honor of the victims, using their music to speak for itself.

Bryan performed his No. 1 single “Fast,” which is about contemplating the speed of life.

“Sixty seconds now feels more like thirty/Tick-tock, won’t stop, around it goes/Sand through the glass sure falls in a hurry/And all you keep trying to do is slow it down, soak it in/Keep trying to make the good times last as long as you can/But you can’t, man/It just goes too fast,” he sang in the slowed down rendition.

Towards the end of the night, Bryan also spoke about his good friend, Jason Aldean, who was on stage when a gunman opened fire on the 22,000 fans at the Route 91 Harvest Festival on October 1.

“It could have been any one of us standing on that stage two weeks ago,” Bryan said. “It’s a nightmare that nobody should have to face. Jason has responded with dignity, care, respect and, some ways, defiance. And we’re all proud of him, especially me.”