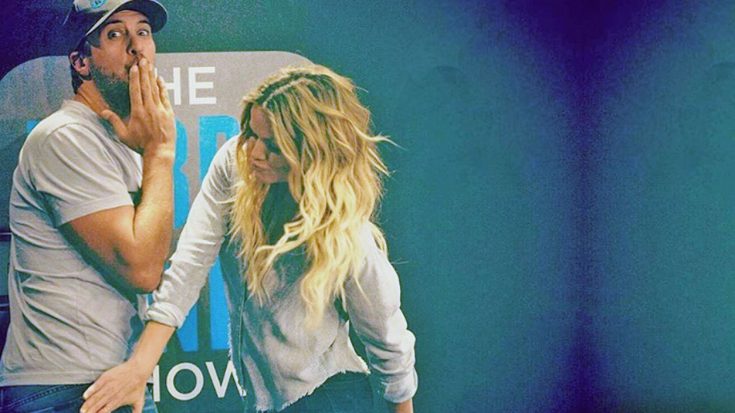 Last week on Ellen, Luke Bryan shared his “butt grabbing” policy and as expected a lot of his fans were all ears. The country star admitted to having to enforce the ban on touches to his famous derriere at meet and greets but that fans still try and “sneak one in.” So does Bryan have a defense for his over enthusiastic male fans as well you ask?

“Imagine this scenario, you’re doing a meet and greet in the middle of the summer at an outdoor festival,” shares Bryan in an interview on The Bobby Bones Show. “Sweaty armpits. These guys have been outside in the sun and they’ve got a tank top on. I’ve learned how to karate chop and they go to put their arm around you and I’ve learned how to intercept it.”

There you have it! Sweat armpit offenders beware, if you show up at a Luke Bryan meet and greet with subpar body odor, you just might get a karate chop to the face.

However, sweaty armpits aren’t the only horrific bodily fluid he encounters at meet and greets. The country singer says every once in a while someone’s spit will land in his mouth and he’s forced to keep on a brave face.

You can watch Luke Bryan demonstrate his slick karate chop moves in the video below and listen to the full interview here.

He may have banned butt grabs, but there's one thing worse than that at @lukebryan meet n greets