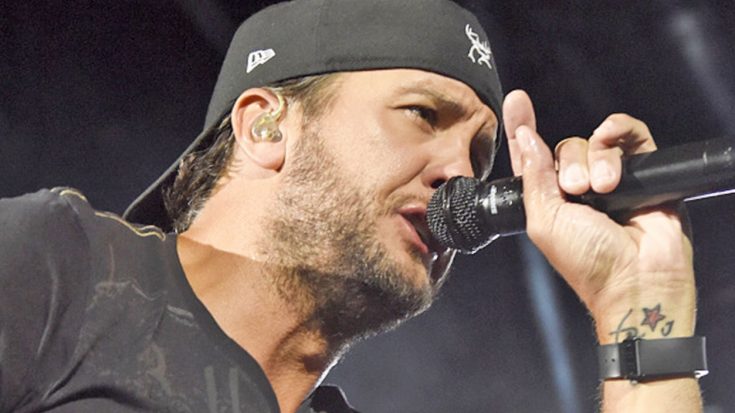 A week has passed since a gunman opened fire on the attendees of Route 91 Harvest Music Festival in Las Vegas, Nevada last Sunday (Oct.1). Since the attack, 58 people are reportedly dead with an upwards of 500 injured, the incident being described as the deadliest mass shooting in modern American history.

In his first performance since the shooting that “robbed” the country music community of their innocence, Luke Bryan honored the victims of the shooting with a moment of silence following a powerful speech at his concert in Missouri as part of his 2017 Farm Tour.

The country singer also took a moment to salute his “best friend” Jason Aldean, whom was performing on stage when the first shots were fired, also naming the other country artists who took the stage that day.

“I love you guys for being brave and showing up tonight and understanding the best thing we can do is show up tonight and do what we know how to do, have fun,” Bryan continued as the audience began chanting “USA! USA! USA!” “Have fun as Americans and celebrate all the music and celebrate country music tonight, thank you.”

Additionally, Bryan gave a nod to the brave first responders who ran head on into the gunfire to help get the attendees to safety. The singer concluded his speech with a moment of silence before resuming his performance.

You can watch the emotionally-charged video below.