By Miranda Raye on March 14, 2018
Advertisement 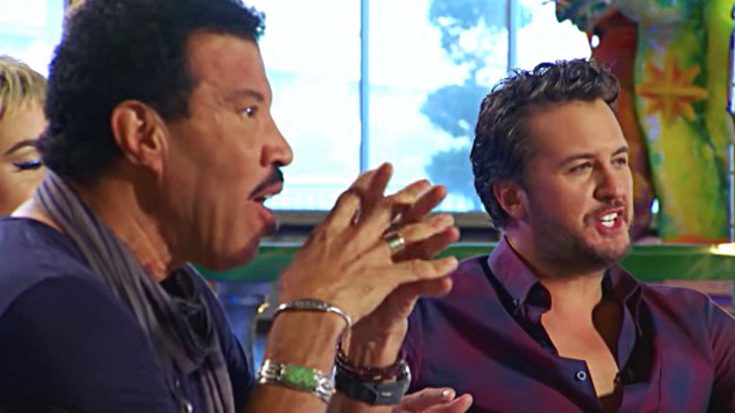 Now that we’ve seen three seasons of the rebooted American Idol, we have an idea of how the judges work together.

Luke Bryan and Lionel Richie were already friends and knew each other fairly well before the show, but Katy Perry was the wild card.

Still, it didn’t take long for the three judges to establish a sense of chemistry with each other. It certainly helps that they all have a good sense of humor too.

Everyone’s Out To Get Lionel

Following Idol’s very first premiere, Richie stopped by the set of Jimmy Kimmel Live to talk about the show. Kimmel brought up the fact that when Perry visited, she said that she often pranked Richie on the Idol set.

He then asked Richie if that was true, and he revealed that Bryan was in on the pranks as well.

“They are absolutely insane,” he said. “Two insane people.”

The Worst Prank They Ever Pulled

Of course, Richie knew he had to provide an example of their shenanigans. So he told the story of what was probably the most embarrassing prank the duo ever pulled on him (so far):

“They put a whoopee cushion…excuse me, let me just say it right…a fart cushion, underneath my seat, and I’ve just finished one of the most dignified, most eloquent statements ever.”

Richie said that after he finished his speech, he went to sit down in his chair and ended up letting out a long, loud fart sound. He was terribly embarrassed, while Perry and Bryan thought the whole thing was hysterical.

You can listen to Richie tell the full story of the whoopee cushion prank in the video below.

We have a feeling that the pranks will keep coming as Idol continues. Maybe Richie will have the chance to get back at Bryan and Perry!