Luke Bryan Shares The Rules For Touching His Booty On Ellen

By Manly Bryant on September 28, 2016
Advertisement 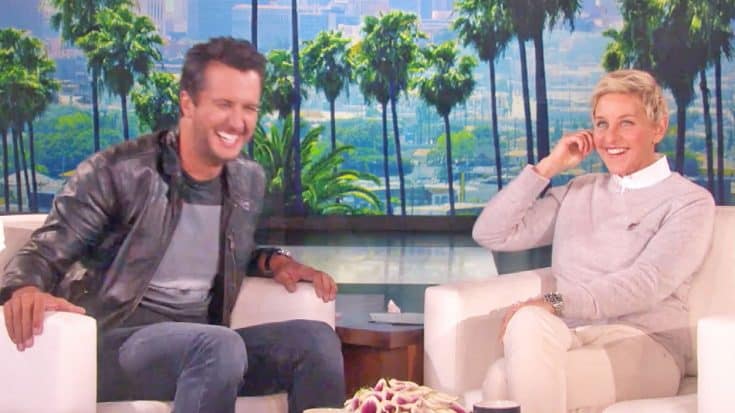 Notorious booty-shaking country superstar Luke Bryan sat down with Ellen DeGeneres to discuss the thing girls across the nation are dying to get their hands on, his booty. Turns out the country singer has some very specific rules when it comes to touching his behind.

“Let’s talk about your meet and greets,” says Ellen. “There are rules that you’ve had to enforce…No one can touch your butt?”

Bryan laughs a bit admitting that his team had to start enforcing that as a rule when it comes to meeting up with his fans, explaining that fans still often “sneak one in.” A stunned Ellen presses further asking if the booty-grabbing epidemic is only a Luke Bryan issue or a male country star issue in general.

“Me and other country stars don’t necessarily sit around and talk about how many butt-grabs ya had last week,” says Bryan. “I’ll run it by Blake [Shelton] see what he says.”

The country singer goes on to say that early on in his career he didn’t want to disappoint his fans so if it was “a polite ask” to touch his butt he would often oblige, explaining “It’s country music…We make our fans happy.”

So what does this all mean? When it comes to the famed derriere, you can look but you can’t touch. You can watch the hilarious interview in the video below and be sure to let us know what you think in the comments!