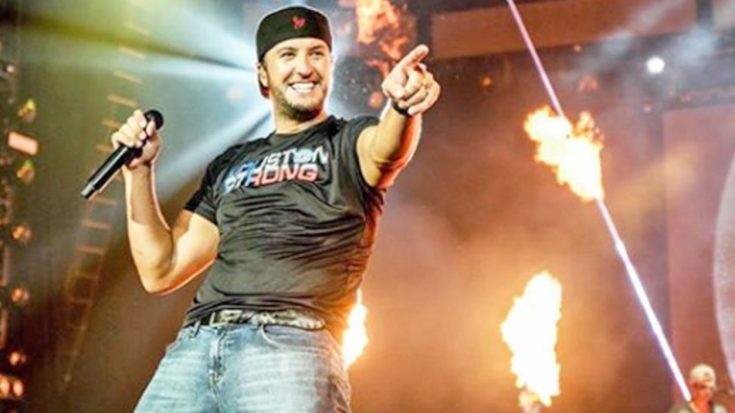 Country singer Luke Bryan took a break from his Hunting, Fishing, and Lovin’ Everyday Tour to go on his 9th annual Farm Tour. For the past several years, Bryan has traveled to Middle America farms and put on kick ass shows.

According to his website, he also awards 50 college scholarships to local students from a farming family within the community. His last arena show was in Dallas, Texas and during his short break before his first Farm Tour stop in Lincoln, Nebraska, he hung out with Lance Armstrong in Austin, Texas.

Pretty much everyone knows that if you hang out with Lance Armstrong, you’re going to go on a bike ride, and by the looks of things, Bryan was more than prepared!

Armstrong captured a photo while they were riding bikes, and revealed that Bryan fully embraced the activity by wearing a spandex bicycling outfit.

We are used to seeing Luke Bryan wear tight jeans, but he is taking it to a whole new level with his latest wardrobe choice. Let’s just say the ladies were lovin’ the spandex shorts on him! Take a look at the photos below.

After this ride we jumped on @lukebryan and taped a Forward episode. We talk bikes, getting through adversity and life on the road. Thanks @johncassimus for making it happen. Link in bio.

When in Austin might as well ride with Lance. #lightitup

As many country fans know, the last time Bryan tried to ride a bicycle, he dislocated his shoulder! So far, it looks like he did much better during this attempt.