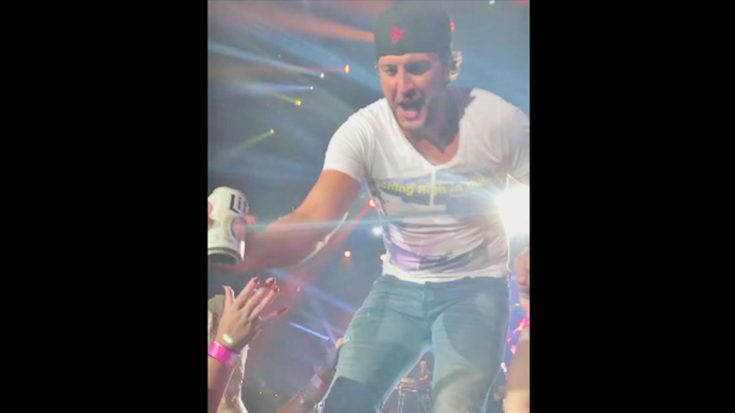 Luke Bryan proved yet again that he has a heart of gold. At a 2017 concert in Pennsylvania, the country singer stopped to help check a box off on a fan’s bucket list by drinking a beer with her.

A young girl by the name of Nancy North brought her mom to Bryan’s show at Citizen Bank Park in Philadelphia, bringing along a sign with them that read, “I have ALS, on my bucket list it too [sic] drink a beer w/ you,” in hopes of catching the eye of the country singer.

THANK YOU @lukebryan FOR HAVING A BEER WITH MY MOMMY!! (Swipe to see)

Halfway through the concert, Bryan, who was drinking a Miller Lite of his own, spotted them in the audience. The country singer then asked one of his staff members to get him two more beers and circled back to where Nancy and her wheelchair-bound mother were seated.

Audience members nearby helped hold Bryan up as he cracked open two beers, handing one to North and chugging the other amidst a screaming crowd. North and her mother screamed in excitement following the special moment.

Amyotrophic Lateral Sclerosis (ALS) is a neurodegenerative disease that results in the full-body paralysis. Those diagnosed with ALS typically don’t survive longer than 10 years, the large margin dying from respiratory failure.

You can check out the sweet moment shared between Bryan and North below.