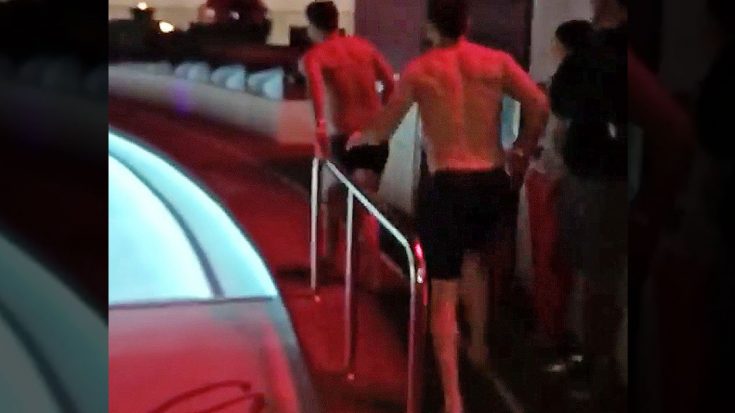 Country music star Thomas Rhett had quite the reason to celebrate, snagging the ACM Award for both Male Vocalist of the Year and Song of the Year. Showing his fans that he is just as adventurous and down for a good time as any of them, the singer teamed up with friend and fellow country star Luke Bryan for a surprise that went “swimmingly”.

The two hunks stripped down to their underwear and dove head first into a massive pool, splashing nearby party goers. Showing his spontaneity, the singer captioned the uploaded clip, “Sometimes you just jump in the pool with [Luke Bryan] after the ACM’s”. The two climbed out after their big splash and headed inside, most likely to put on some dry clothing and continue their celebration!

In addition to Rhett’s admirable win, Bryan blew the ACM audience away with an incredibly emotional performance to his newest song “Fast”, bringing to light just how quickly life passes us by.

You can get a good chuckle at their swim session by watching the clip below!