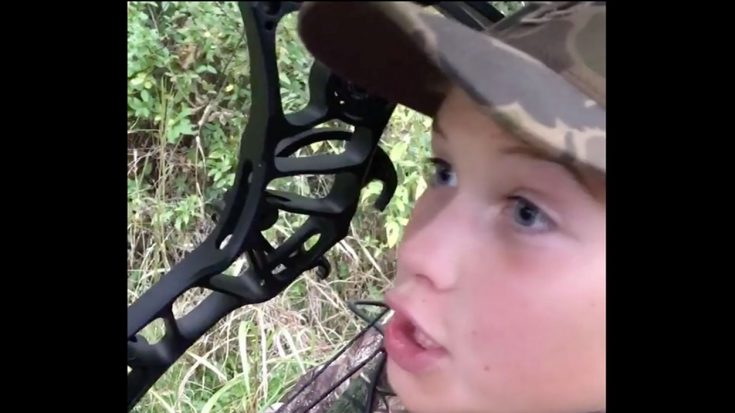 Going on a fun adventure with their son, Bo, while dad was out on the road, Caroline Bryan had a first-hand experience with “cougar” hunting and decided to share the hysterical moment with her friends, family, and fans on social media!

Ready or not…here we come Australia! Tate just asked if we could play hide-and-go seek on the plane. ? I apologize…in advance…to everyone on this plane. #17hours Kris, Jordan, and Til please get here!!!!

“Took Bo hunting this evening,” she said. “Had little idea what I was doing…..evidently I am loud and annoying.”

And this was just the beginning to their adventure before she refuses to go “cougar hunting” with him!

A full-time mom to a house of boys, Caroline does a ton of fun activities with her kids as often as possible, and during this recent excursion, she and Bo went on a little hunting adventure where Luke often takes him.

According to Caroline’s post, this particular hunting trip didn’t go so well…

“Took Bo hunting this evening,” she writes beneath the video. “Had little idea what I was doing…..evidently I am loud and annoying. Never as good as Dad.”

In the video, Caroline is behind the camera speaking to Bo softly and asked him, “Am I being annoying?”

You could see he was annoyed as he tried to tell her they were in the wrong area for hunting and that his cousin, Til, saw a cougar and big deer over near the stand.

“I am not hunting for a cougar…I AM a cougar!” Caroline said before bursting into a fit of laughter and pointing the camera back at herself with a giant grin on her face.

You could tell Bo wasn’t nearly as amused as his mom by her witty quip, but nonetheless, the comments on her post were filled with bouts of laughter far and wide.

Just realized where our boys get it from…..our family and friends seriously hate taking pictures with us. 99% of the time, one of us is doing something stupid.

Took Bo hunting this evening…had little idea what I was doing….evidently I am loud and annoying. Never as good as Dad @lukebryan #cougarpower