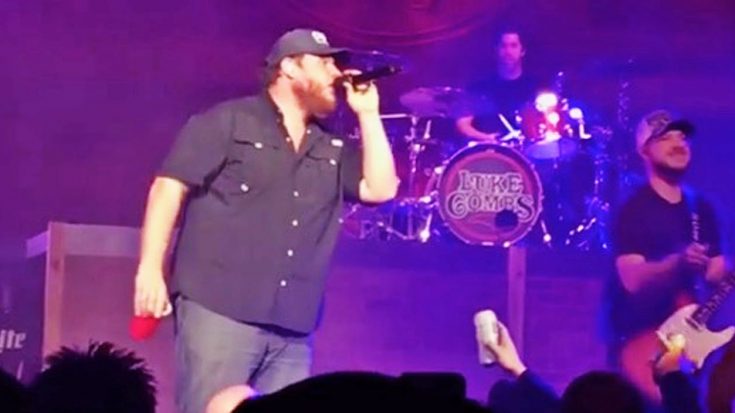 By now, it seems that almost everyone out there has offered up a cover of “Tennessee Whiskey.” In fact, Chris Stapleton‘s famous recording is a cover itself, though it is certainly responsible for renewing interest in the song.

“Tennessee Whiskey” was first released in 1981 by outlaw artist David Allan Coe off of his album of the same name. Two years later, George Jones released his own rendition of the song, and it was a major hit.

After Jones’ version was released, “Tennessee Whiskey” practically faded into the history books until Stapleton revived it in 2015. To date, his version of the song is the only one to top the Hot Country Songs chart.

Stylistically, Stapleton’s rendition varies dramatically from the ones recorded by Jones and Coe. It’s this sort of style that many aspiring artists and other country stars mimic when they cover the song.

By now, some of y’all may be tired of hearing “Tennessee Whiskey” performed over and over again. But we guarantee you won’t be tired of listening to it after you hear Luke Combs sing it.

One of the brightest stars in Nashville at the moment, Combs already has numerous number one singles and two number one albums under his belt. He’s a huge concert draw as well, as his powerhouse vocals have people pouring in to watch him sing live.

During a show at the Ryman in early February 2018, a huge crowd packed in to hear Combs sing a few of his songs. Then, he thrilled them all when he announced he would be singing “Tennessee Whiskey.”

Combs was only a few seconds into the song before the crowd was already rewarding him with impressed cheers and applause. There were plenty of other “wow” moments that took place throughout his performance, and no amount of words could ever do them justice.

So instead of describing his performance, we’re just going to let y’all check it out for yourself. You can do so by watching the clip below.

Combs’ killer cover of “Tennessee Whiskey” is so strong, that even it alone could get you drunk!