By Jennifer Pernicano on February 14, 2017
Advertisement 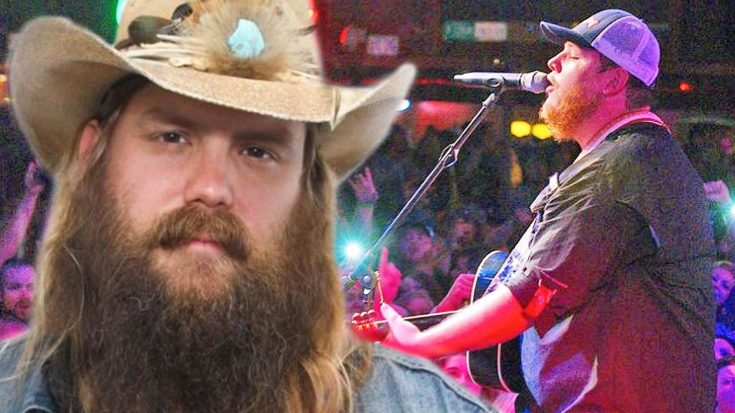 Minds were blown at the 2015 CMA Awards when Chris Stapleton stole the show with his bluesy version of George Jones’ iconic song “Tennessee Whiskey”.

Since then, we’ve seen many covers of Stapleton’s rendition, including a dad who went viral overnight! While we thought we’d seen all the great covers, we were dead wrong.

Country crooner Luke Combs is breaking out on the scene and has worked a cover of “Tennessee Whiskey” into his set list. He also happens to sounds very similar to Chris Stapleton, which already is an attention-grabber, but once you take his performance in, it’s all about his raw talent.

At Combs’ live cover of the iconic tune, when he sang the opening lyric, “I used to spend my nights out in a barroom,” we had to do a double take to the video, because we swore we heard Stapleton’s voice come out of someone else’s body!

They have the same raspy tones in their voice, blues-style influences, and mind-blowing talent. While Combs’ voice is eerily similar to the GRAMMY Award-winning singer, he definitely has his own exceptional talent, and we can’t wait to watch him become a big star.

Watch him perform “Tennessee Whiskey” below, and be amazed, because he’s about to become a household name.