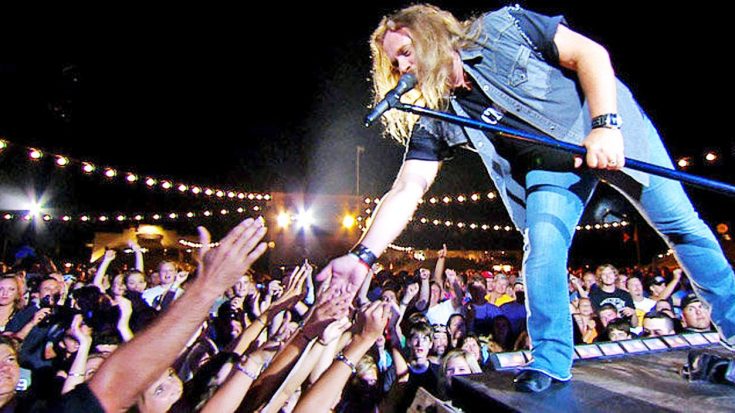 Why Skynyrd Is ‘America’s Band’

The guys in Lynyrd Skynyrd have always been experts at writing songs for the everyday person. None of their songs are exclusive to a specific class or age group.

Rather, they are meant to be enjoyed by ordinary people like us.

Since Skynyrd does such an excellent job at writing about everyday people and experiences, it’s easy for listeners to develop an emotional connection to their songs. One such song is “Lucky Man,” which appeared on their 2003 album Vicious Cycle.

The song is extremely reflective, as the narrator looks back on his past and realizes how lucky he is now:

“I shed a tear or two but that don’t make me a weaker man. It’s made me a better man, I’ve given all I can. To a world that sometimes thinks that I’m a lesser man.”

Since “Lucky Man” was never released as a single, it isn’t as well-known as some of Skynyrd’s other songs. There’s also no footage of the group performing it live, but we did manage to dig up an audio clip of the tune.

Scroll down and click play on the clip below so you can hear the magic of “Lucky Man” unfold. You’ll find yourself captivated by Johnny’s gripping performance, which is complemented by the instrumental part of the song. The change of pace and volume adds great dynamic, which plays further into the song’s emotional nature.

Enough talk, it’s time for you to listen to this compelling track. Hope you enjoy it.