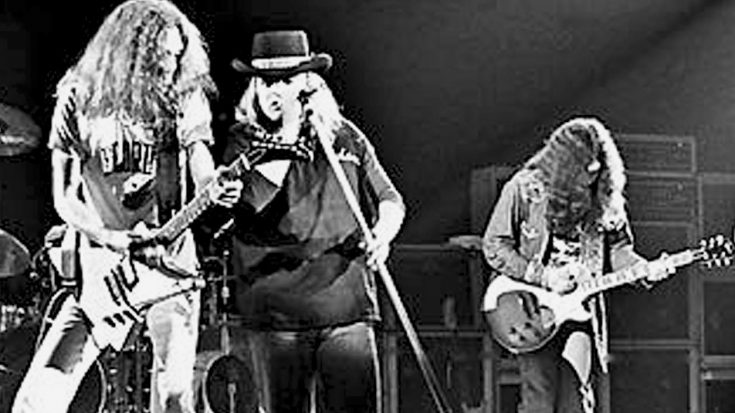 If you’re looking for some music to play to help you kick off your day, Lynyrd Skynyrd is always a good choice.

While you’re showering or getting dressed in the morning, cranking up songs like “Sweet Home Alabama” and “Gimme Three Steps” can give you the jolt you need to tackle the day.

Another one of Skynyrd’s many songs that holds such power is called “T for Texas.”

Originally written and recorded by country signer Jimmie Rodgers, the song is also known as “Blue Yodel No. 1.” Rodgers’ Blue Yodel collection has 13 parts, but the first yodel is one of the most memorable.

Skynyrd further secured the song’s place in history when they recorded it for their live album One More from the Road in 1976. Despite being a country song at birth, Skynyrd managed to take it and turn it into a Southern rock anthem.

The song took on new life yet again when Skynyrd released their two disc compilation album Collectybles in 2000. This set was a Skynyrd fan’s dream, since it contained early demos, live recordings, and studio tracks, many of which had been unreleased until then.

Featured in the collection was an alternate version of “T for Texas.” If you loved the original, just wait until you hear this one!

Recorded at the famous Fox Theatre on July 7, 1976, this version of “T for Texas” sizzles with Skynyrd’s signature sense of ferocity. That’s why it’s exactly what you need to help you fire up your day.

So what are you waiting for? You can listen to it in the audio clip below!