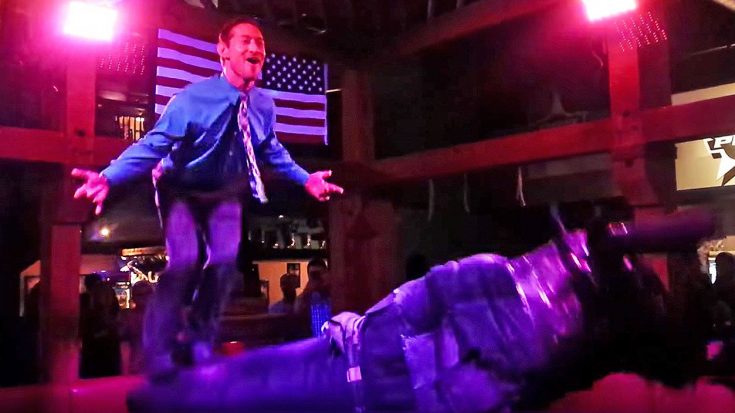 One man gave Professional Bull Riders in Virginia a run for their money when he casually mounted the mechanical beast and shocked viewers with his unbelievable talent!

Anthony was no doubt a fan with the ladies, as they all cheered and applauded the dapper man in his fancy attire. However, this misleading ensemble wasn’t able to cover up the man’s unfathomable skills that made him a viral sensation!

Sitting backwards on the moving bull, Anthony let his body effortlessly roll with the repetitive movement, shocking viewers when he allowed a massive jolt to send his body straight into the air and landing on his feet! Now standing on the bull and moving at an incredibly fast speed, Anthony removed his jacket and showcased a series of kicks, jumps, and even transitioned from sitting to standing in the blink of an eye!

The women in the crowd went wild, cheering for the man as he made their hearts pound in both love for the handsome rider and fear for his safety! However, Anthony kept his health and walked away with no injuries and an endless list of new numbers, we’re sure!

Check out his insane video below!