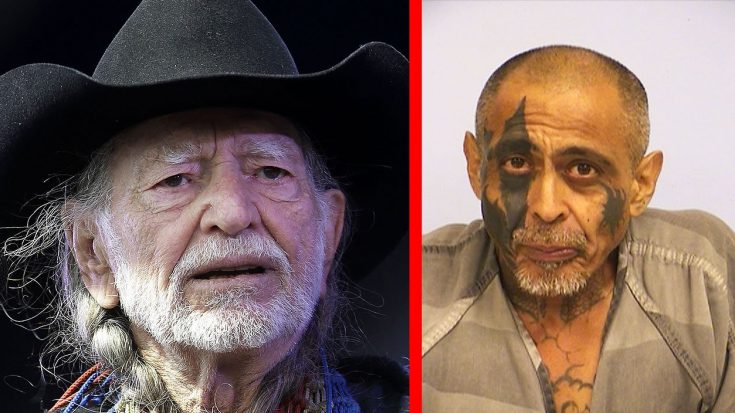 To say this story seems to ignorant to be true would be an absolute understatement seeing that, according to arrest warrant affidavit, a man did in fact accidentally blow his cover in a careless moment of unintended confession. A 53-year-old is accused of attempting to sell stolen guitars signed by country legend Willie Nelson, iconic musician Stevie Ray Vaughan, Jeff Beck, and Los Lonely Boys from a Discount Electronic store located in Texas back in April of this year.

The day following the robbery, a man was said to have visited a separate store, Cash America Pawn, in hopes of selling the stolen guitars. A police report was filed due to the suspicious encounter, as the store’s employee referred the man elsewhere but was quick to jot down the man’s vehicle information. Later identified as Esequiel Martinez, the man made a phone call to the previously robbed Discount Electronics and informed the store that not only did he posses the valuable guitars, but demanded $2,500 in reward money for the exchange of the instruments. He threatened that if his cash was not received, he would demolish the guitars. The store’s owner agreed to the terms and met Martinez to make the exchange.

Police were later able to contact Martinez, who assured them that he had purchased the guitars at a flea market and did in fact try to sell them to the pawn shop, admitting that he felt they must belong to someone.

Here is where the story gets interesting. Martinez cut his conversation short with police and, to his understanding, hung up on the phone call. However, according to the affidavit, his efforts failed, documenting, “Your affiant could still hear an open line. Martinez then had a conversation in the background with another male and stated ‘f*** the police… ha.’ Martinez then talked about the burglary and seemed confident that it could not be solved because ‘there was no cameras or alarm system.’” Records show that Martinez is currently in custody and, if convicted of this felony charge, Martinez could face up to a $10,000 fine and a 2 year jail sentence.